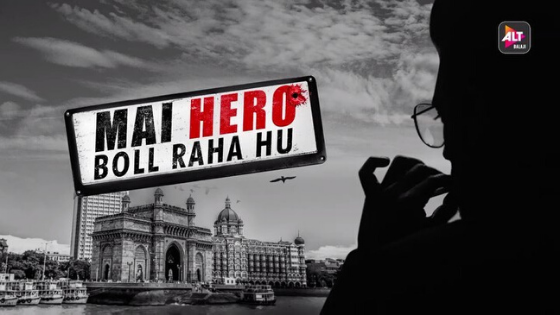 ALT Balaji Web series Main Hero Bol Raha Hoon is on its way to you. It is a story of the 90s gangster striving to make his position by his image.

Parth Samthaan is in the lead role of a gangster in Main Hero Bol Raha Hoon. It is very exciting to see him in the role of Don. Parth has played a cameo in Kehne Ko Hai Humsafar 2.

It is going to be announced soon. Watch this space for regular updates of the show

Produced by ALT Balaji and Jaggernut Productions, Main Hero Bol Raha Hoon is directed by Siddharth Luther. The male lead role will be played by Parth Samthaan. Filming of this web series is started in the last week of December 2019.

It is launched recently showing Parth as don on the ALT Balaji Youtube channel. Main Hero Bol Raha Hoon teaser shows how the gangster introduces himself as the hero to someone one a phone call.

It is a story revolving around the life of an emerging gangster who is willing to make his space in the underworld by hook or crook. He talks to an existing don in a harsh voice to surrender all his power to him(Hero). It is the story between the ’80s and ’90s time, where underworld Don used to take an active part in Bollywood movie piracy and production. Parth is playing the role of lead character name Nawab in Main Hero Bol Raha Hoon.

It is for the very first time in the history of digital space that a story of the underworld will be a part of it. Recently released two promos are full of stunts that surely excites us about the story of Main Hero Bol Raha Hoon. It is said that the story is inspired by the life of Abu Salem.