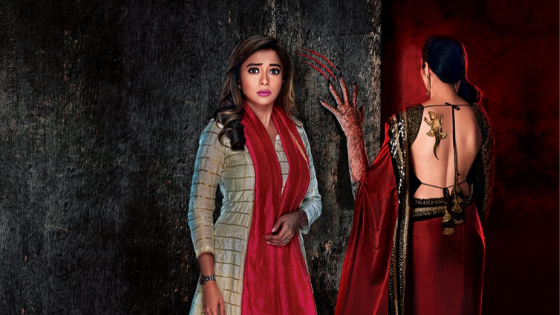 Daayan the most demanded serial of Zee TV is coming back in its new avatar. People are one the tip of their toes by hearing the latest announcement of Zee TV.

As it is confirmed on the Instagram account of Zee TV, Daayan is coming back on the audience demand. Lastly, Daayan was premiered in December 2018 on & TV.

Almost after a year, Daayan  Zee TV is Coming back wit its new look. All the viewers of Daayan waiting for it eagerly.

The concept and presentation of Daayan were so appealing that this time the hopes are high with the show starting from 4 January. Its picturization and storyline made this horror drama serial one of the highest TRP catcher show of its time.

Ekta Kapoor and Shobha Kapoor under the banner of Balaji telefilms production house is all set to take the viewers in the roller coaster of horror and romance.

Daayan will go on air from 4 January 2020 on Saturday and Sunday at 8 pm. Surely it is going to be addictive just like the previous one.

The story of Daayan is written by Anil Nagpal and Kavita Nagpal. Music is given by Lalit Sen and Nawab Arzoo.

Daayan is a story of a couple named Jhanvi and Akarsh who are living happily. They came across the supernatural power of witch(Daayan). It changes their life upside down. The story reveals the correlations and consequences of the presence of Daayan in their life. Impact of daayan’s presence in their lives and the way Jhanvi handles the situation is the original charm of a serial.

It is interestingly the successful creation of Ekta Kapoor after Naagin. It is said that Daayan & TV will be rerun on Zee TV.

Recently launched promo of Daayan shows Jhanvi comes to meet her family after a long time, but when she enters the house, she felts some unusual things happened with her. It scares her and the whole family. At the same time, it is shown that she is going through this because of an evil personality present in her own house in the form of her family member. A lady is shown with a lizard on her backside.

The promo is enough scary to give goosebumps to the viewers, and most awaited in Daayan lovers for long.