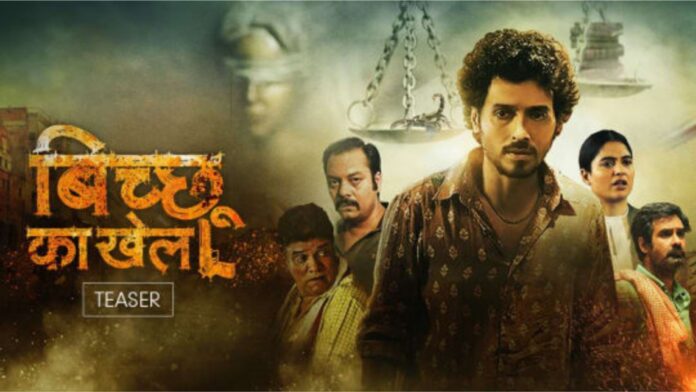 From Munna Tripathi to Akhil Shrivastav, it is the name that has changed. Divyendu Sharma this time got featured in the lead role in Bicchoo Ka Khel. Now it is to evaluate if he is running faster in his career or through the minds of his fans.

Bicchoo Ka Khel is about to hit the floor on November 18. The movie will be available on Zee5 as well as in Alt Balaji on midnight, as information has been given in Republic World.

Zee5 and Alt Balaji has been very consistent in producing back to back shows throughout the lockdown. It is time to shift focus from serious crime genres to dark comedy. Based on Benaras, the story depicts the emotional and physical turmoil faced by a young student after his father dies, rather gets murdered.Demanding for justice, he relied upon the system, only to realise that it was a framed murder and the system is aiding the cause. So he went on a rampage. He decided to delve into the root of the mystery and eventually killed a few on his venture.

As per as the trailer has revealed, the character Akhil Tripathi is a round character. He is stuffed with all the human flaws, including emotion. After he gets arrested, he initially narrated his love affair, which before getting into the steaming information, gets interrupted by the cop. Then he confidently draws the curtain over his misdeeds and crime files. At last on asking, how he is thinking to get an escape, he again pointed out the system. Divyendu Sharma plays a rustic character, similar to that he has portrayed in Mirzapur, will be projected in Bicchoo Ka Khel as well. The trailer itself was enough to create the hype, it is to wonder what the web-series would do.

Raj Anadkat posted a picture amid rumors of an affair with Munmun Dutta, netizens comment...

Everyone is in awe of Urvashi Rautela’s style, smiles and robs her heart