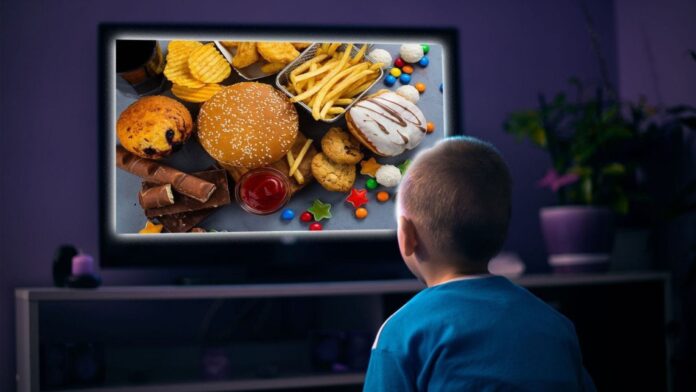 Food advertisements: Obesity is a lurking health issue, defined as excess fat accumulation. India experiences both under and over nutrition. A cross-sectional study conducted in 396 children aged 12-14 years in January last year showed the prevalence of overweight and obesity to be 8% and 5% respectively. Yet another survey found 5% of children and adolescents between 5 years and 19 years to be overweight.

Link of food advertisements to obesity:

According to a 2008 study children encounter more than 5500 food advertisements that were aired per year. A 2006 study by Arnas found that about 40.3% of children asked their parents to buy the food shown in advertisements. It was also seen that preschool children demand more of these food products while the parents are out on shopping more than older children as they have a better understanding of marketing. A study conducted in the UK published in PLOS this year stated the importance of imposing a restriction on television advertising for food products high in fat, salt, and sugar (HFSS). According to the study, a reduction by 9.1 kcals would occur with restrictions on HFSS advertisements. This could reduce obesity by 4.6% and overweight by 3.6%.

In conclusion, we can see that children are exposed to heavy amounts of food advertising that might result in poor food choices. Young children especially are highly influenced by the advertisements which can lead to increased consumption of junk foods high in sodium, sugar and, fat. It is important to reduce screen timings as well as educate young children about how bad food choices can have a negative health impact on them later on.