Home Entertainment Bigg Boss 14: Shehzad Deol eliminated; Eizaj and Pavitra is in the... 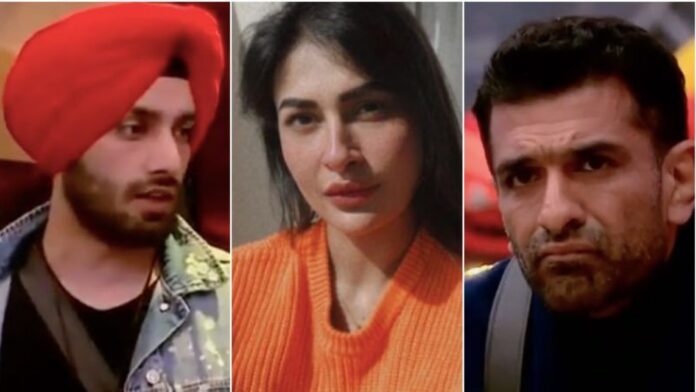 Bigg Boss 14 witnessed another big shock where Siddharth Shukla’s team failed the buzzer task and their game was over. Along with Siddharth, his team members had to leave Bigg Boss house. Shehzad also left because he was already evicted.

The other seniors, Gauhar Khan and Hina Khan also left the house. But after some moments Siddharth’s team members Pavitra Punia and Eijaz Khan returned to the house but a new thing was introduced to all the members called ” Red Zone”. Pavitra and Eijaz have to live in Red Zone from now, and they will always be near to the elimination. Nikki didn’t leave in the first place with Siddharth, because she was a confirmed contestant.

Bigg Boss also announced that the contestants in the red zone will get the opportunity to come into the green zone time and again.

After all that the captaincy task is going on and there were other things happening. Bigg Boss declared Eijaz and Pavitra the decision-makers. But it didn’t go well. They fought at their first decision badly.

As the episodes will continue we will see whose perspective wins. Bigg Boss 14 will be going to give us a lot of entertainment on further episodes indeed.