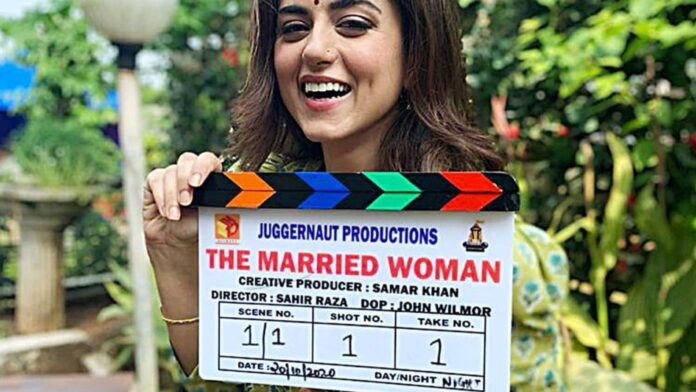 Alt Balaji presents The Married Woman has commenced the shooting for their upcoming venture. The show is being directed by Sahir Raza. This movie is based on a famous book named The Married Woman, which has been published in the year 2000. The book has been written by Manju Kapur.
A post has been shared on Instagram with the caption, “PowHer to #TheMarriedWoman. The shoot begins today. Coming soon on #ALTBalaji”

Cast Of The Married Woman

The web series is going to feature Riddi Dongra and Monica Dongra, who will be playing the lead roles.

The Teaser Of The Married Woman

A teaser has been shared by producer Ekta Kapoor where a brief story-line has been covered about the web series. It starts with the Section 377 of Indian Penal Code that has legalized same-sex affairs. However, back in the 1990s there was the demolition of Babri Masjid and the social unrest all around. Amid all the odds, rose the tale of love between two women.

Ekta Kapoor captioned her post on twitter saying, “We are not human beings having a spiritual experience. We are spiritual beings having a human experience”
She further added, “The story of two beautiful souls who rose beyond religious, sexual and societial boundaries to find each other. An unconventional love saga portrayed by @iRidhiDogra & @MonicaDogra. Stay tuned as we start shooting for #AMarriedWoman!”
She once again wrote in her twitter, “Creative spaces are at times compelled to conform to boundaries. As a creator I have challenged those norms, at times pushed the envelope. This is the freedom we crave , we celebrate. However, I am cognisant that freedom comes with responsibility. That’s what my show is … creative freedom to tell a different story with responsibility towards my viewers while respecting the creative desires of my team”. …quoted a visionary creator who I’d leave anonymous for now!”

Not only the producer, the actors too shared their excitement. Riddi Dongra said on rhe context, “It’s not just a story about two women and same-sex relationship, it’s much more than that. As an artist I really didn’t have any inhibition. I was sure if anyone must make such a show it should be coming from Ekta because she is truly a boss babe. I think this is a huge opportunity for me, great space and I am so glad that I waited so long for this one.”
Also another lead character, Monica Dongra added her views, saying, “I am super excited about this project as it’s my debut in the webspace. I could not have asked for anything better than this for my digital debut. I have been known as a musician and for having played a few roles on the big screen, but this project gives me an opportunity to showcase my acting skills to the fullest.”