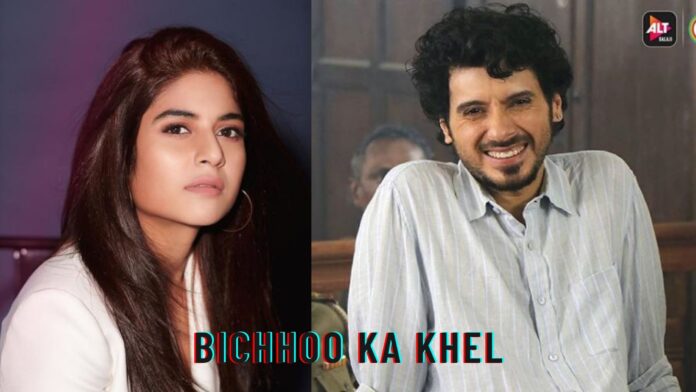 OTT platform ALT Balaji announces the release of a new web series ‘Bichhoo Ka Khel’ on November 14th, 2020. The poster of this web series was released on 6th October 2020. The series is directed by Asish Shukla.

The plot of the show revolves around the character of Divyendu who is a writer by profession. She has a dark past where she suffers the death of her father who died in an accident. She is a fan of pulp fiction and likes to read about similar writers and stories. The show will show us how he plans to take revenge on his father without going on the police radar.

After digital shows like “Soulmates”, “Taj Mahal” and “Afat” and movies like “Subh Mangal Savdhan” and “Zero”, the beautiful Anshul Chauhan has been signed to play the lead role in the crime thriller “Bichchu Ka Khele” of Altibalaji/Zee 5. She will act opposite Divyendu Sharma. Divyendu Sharma was seen in movies like Batti Gul Meter Chaloo, he got fame from his role as an anti-hero goon in Amazon Prime’s Mirzapur. Now he’s back in the realm of similar crime thrillers and viewers are waiting for it.