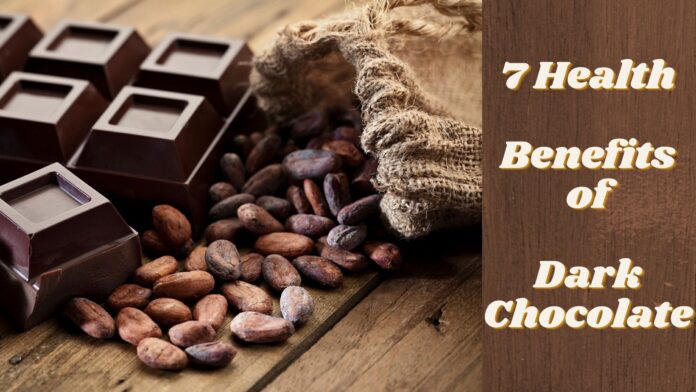 Good source of flavonoids and antioxidants

Chocolate is a good source of flavanols like catechins, epicatechins and procyanidins. These flavonoids help in reducing oxidative damage along with antihypertensive and anti-inflammatory effects.

A 2004 study published in Elsevier claimed that dark chocolate increased HDL levels. Also in a research review published in 2011, it was seen that in 10 clinical trials consisting of 320 patients, dark chocolate significantly lowered LDL and total cholesterol levels.

According to a 2016 Chinese review study published in Pubmed, flavonoids improved insulin sensitivity by promoting the survival of pancreatic beta cells of insulin. A Spanish study published in 2017 also supported this claim and it was seen that cocoa slowed down glucose absorption.

Dark chocolate helps in improving of moods possibly due to a rush of dopamine that occurs during its consumption. It also releases serotonin, endorphins and alleviates anxiety levels.

Certain animal studies have shown cocoa to have neuroprotective properties probably because of the presence of flavonoids in them. It is also known to improve cognition.

Hence we can see from above that all that chocolate is not bad, but it is important to consume in moderation. Furthermore it is important to note that different dark chocolates may have different compositions of cocoa and other ingredients; the ones containing more cocoa is more beneficial.

Ahan Shetty Birthday: Dad Suniel Shetty Is Proud Of The Man His Son Is Becoming...

T20 World Cup: How Inswinger And Googly Could Cause Trouble For Indian Team

Vicky Kaushal Kick-Starts Weekend With A Bang; Actor Grooves On THIS Song – VIDEO

Gaurav Khanna aka Anuj to leave the show due to Rupali Ganguly aka Anu?