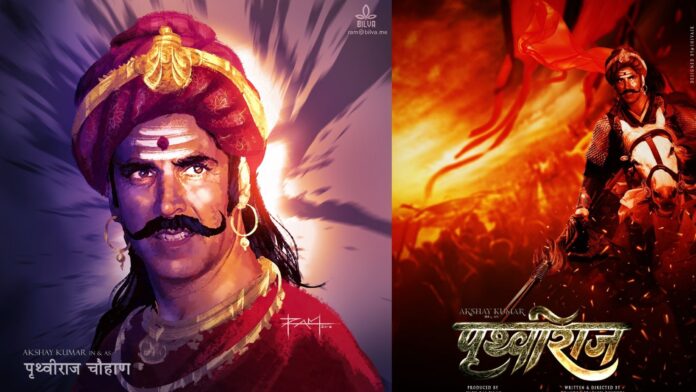 Ahead of Laxmi Bomb‘s release, Akshay Kumar is now all geared up to start the shoot of ‘Prithviraj‘ in Mumbai. ‘Prithviraj‘, director Chandraprakash Dwivedi had to stop this film due to the pandemic. However, now the team has finally managed to restart the shoot at Yash Raj Film studios. According to sources, the shooting schedule is quite intense.

While Akshay Kumar and Sonu Sood have started working on the film ‘Prithviraj‘ from October 10 and are expected to have the first 15 days of the shoot together, Manushi Chillar, the female protagonist of the film will soon join them. Sanjay Dutt has confirmed to complete his part of the shoot, post-Diwali.

About the film, the story is based on the legendary warrior, King Prithviraj Chauhan. The story also includes his initial military victories, the love story with Sanyukta, and conflicts with Muhammad of Ghor, a leader of the Muslim Ghurid tradition who drove the Islamic Conquest of Hindustan.

‘Prithviraj‘ will be a debut film for the Miss World 2017, Manushi Chillar.

Meanwhile, Akshay Kumar’s fans can see him portraying a transgender character in the movie ‘Laxmmi Bomb’. Besides, he will also be seen in Rohit Shetty’s ‘Sooryavanshi’.