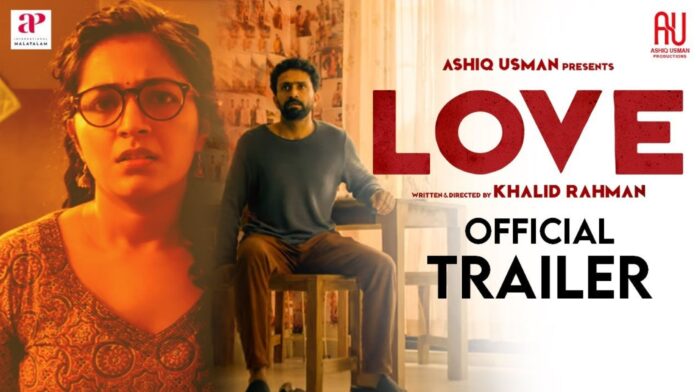 Khalid Rahman’s directorial film Love will be the first film to get itself released on big screens. Besides this, the makers are also saying that it’s for the first time that a movie is releasing in Northern India first and in India later. It will release on 15th October in Northern India. The cast and crew of the team announced this news on Instagram.

“My upcoming film Love is all set to release… with all necessary precautions for a safe experience. So catch me in theatres for the experience we’ve all been missing for a while! Stay safe & Loads of Love, always!” Khalid Rahman and producer Ashiq Usman posted on social media.

The Malayalam movie Love features Rajisha Vijayan and Shine Tom Chacko in lead roles. This movie is written and directed by Khalid Rahman and produced by Ashiq Usman under the banner of Ashiq Usman Productions. Music is given by Neha Nair and Yakzan Gary Pereira. The cinematography is done by Jimshi Khalid.

Shine is thrilled about the movie being shown on the big screen. Speaking about the film, he said, “It is about a couple that are not compatible and gets into violent arguments. The shoot was done over 23 days, starting in late June and was totally done indoors.” He says the team stayed in the flat at which the shoot was happening. “At first when I was told about it in April, it was intended as a very small film, but then Ashiq Usman said, let’s do it properly and it got into the current form,” says Shine.

The trailer of the Malayalam movie Love was released on 28 August. It received massive love from audiences. They were excited to watch the film.

Kim Kardashian Went To The After Party Unmasked (Almost)

How Much Data Does Spotify Use?