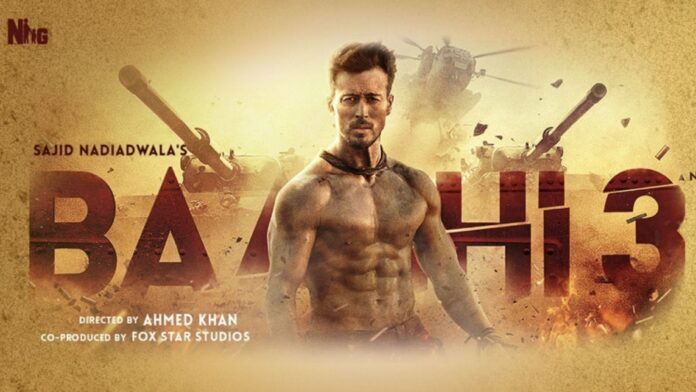 After the opening of 137 crore this sequel of Action/thriller series Baaghi had stopped it’s screening due to the nation’s lockdown, the makers were disappointed with the sudden decision but for now, it’s a relief for Fox star and Sajid Nadiadwala grandsons entertainment that they can continue the grossing with the box office collection of Baaghi 3. In the initial phase makers have decided to put the screening in Kolkata’s specific cinema halls but after the good response, they can go with the other states distributors for Baaghi 3 shows. Have a look at the movie’s previous collections: Baaghi 3 had made it’s opening in the initial 2 weeks for 137cr. World wide, When the budget of the filming of this hit sequel was 85cr. That was such a Quite disappointing phase for the makers but now they all are set for it’s re-releasing and we hope that they could be succeed to get the high remuneration from it’s re-releasing. Here is a tweet from Warda Nadiadwala wife of Sajid Nadiadwala about the excitement for Baaghi3’s re-releasing.

yes you heard really well, this is going for the first time that an Indian film is going to re-release in cinema halls, it never happened in the history of Indian cinema but the truth is that the present devastating  situation also never came before.

Ronnie and Vikram are brothers who share an unbreakable bond. Their journey begins when a particular turn in events, leads Vikram to travel. On this trip, he gets kidnapped by people. Ronnie witnesses his brother getting beaten and kidnapped, Ronni.

Producers and Directed by