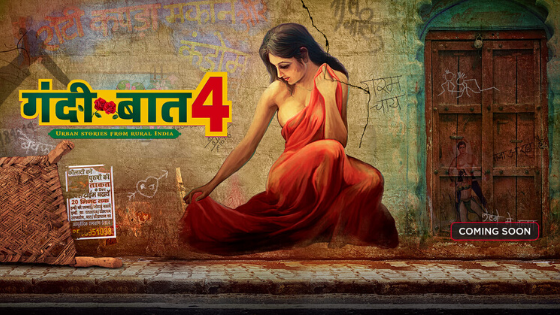 Story of this Hindi web series revolving around the common people in a rural area with misconceptions regarding sexual behavior.

Season four is titled as Meetha Meetha… Pyara Pyara. Each of the seasons has 4-5 episodes with fresh faces all the time to maintain the charm of the story.

Directed by Sachin Mohite and created by Ekta Kapoor Gandii Baat 4 is an urban story of Rural India. Each episode is well-knitted with the rural taste of India who has a unique story of sexuality since the first season.

Its special episode is released on 7 November 2019 and consequents will be on air from 7 January 2020.

Each episode is titled and taglines in a creative way to make the audience fully immersed in the topic.

Season 4 of the web series Gandii Baat has a similar story with an entirely new plot that will surely entertain the audience. It is said that this season will leave behind all other seasons in terms of creativity and content.