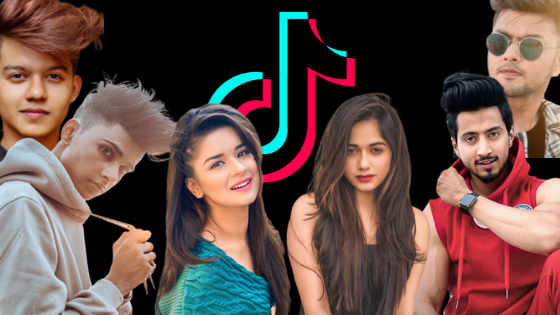 TikTok Stars: Talents with identities on the global platform

TikTok, a next-gen Entertainer. It has an image of providing a lot more infectious videos in few seconds. Just before few years, no one has thought that the whole generation can be addicted to such a viral social media platform.

You can find each and every celebrity on TikTok and performing the challenges and uploading videos. This platform is used for many causes including entertainment that is education, infotainment, promotion, sales and many more. You might not think the way it has affected our lives in a very short span. TikTok has given chance to all young hearts who wanted to be celebrated. Today many of them have millions of subscribers in their list just in a few months.

There are numerous people who were least in the limelight before it came. But now, they are known as TikTok stars.

We are here to introduce you to some of the popular personalities of TikTok who are known as TikTok stars in India 2020.

Details of TikTok stars in India 2020

Riyaz is just 17 years old guy from West Bengal who is leading this list of TikTok stars in India 2020. He is an influencer and actor by profession. His official TikTok account @riyaz.14 is enjoying a massive number of followers and the same is on Instagram. He is known for his comedy and lip-syncs videos on TikTok. Because of his huge fan following, he is one of the top lists of TikTok stars in India 2020.

Does Faisu need any introduction? Not at all. His actual name is Faisal Shaikh. He is 25 years old Mumbaikar. He is an actor, model, and Youtuber. And of course a viral TikTok star!! He is famous for his hairstyle. Fondly called as Mr. Faisu, his account is suspended because of some issues. But his popularity is not bound to this suspension. His videos are highly appreciated and shared amongst youngsters.

One of the early age TikTok stars in India in 2020 is Jannat Zubair. Again Naam Hi Kaafi Hai. she is a popular actress and singer. She has used her talent on TikTok and became a sensation in no time. She is just 18 years old silver screen actress. But, TikTok has made her famous instantly and very infectiously. Her main reason for the popularity is her lip-sync videos. Her expressions are attentive in a way that, she has been the most searched name on youtube once.  She has secured some important badges of TikTok like ace TikTok star. She is one of the most influential TikTok stars in India in 2020.

He is into the field of dance and choreography. Born on 16th March 1993 Awez is a well-known personality because of his dancing skills. He is an Instagram sensation too. As and when he has started posting videos of his dance on TikTok, he got praised for his god gifted latent by millions of followers. It made him one of the noticeable TikTok stars in India in 2020.

A strong contestant of various dance reality shows, Avneet Kaur is already a famous face in youngsters. She has participated in Dance Ke Superstars and Jhalak Dikhla Jaa. she is famous for her fabulous dancing steps and skills. Apart from the dance reality show, she has worked in movies and TV serials, too. Her acting is worth watching. She is a TikTok star in India in 2020 because of her immense beauty and talent.

She is a perfect blend of beauty, smile, and style. Because of her cute acting and her huge fan following she is one of the vibrant TikTok stars in India 2020. Her lip-syncs and funny videos made her viral on TikTok. Even she has earned badges because of her talent.

A professional model and TV actress, Sameeksha Sood is a well-known celebrity of silver screen. She has worked in various TV shows and dance reality shows. She is from Amritsar, Punjab. Her group videos made her famous TikTok star in India 2020.

Lucky Dancer, Arhan Khan is a TikTok lip-sync star. His dancing and lip-sync videos are breathtaking. His fan following is a huge number that shows he is one of the most popular TikTok stars in India 2020. He is from Delhi. His duet videos are one of the famous attractions of TikTok.

Manjul Khattar, a lip-sync king is a youtube and TikTok star. He is an all-rounder whether it is singing, acting or comedy. His videos on youtube are always hitting thousands of views because of his talent. His songs are very popular amongst the youngsters.

A “Prem Ratan Dhan Payo” actress, Aashika is a beautiful TikTok star. She has worked in several serials also. Her acting is very pure and most influential. She has played a lead role in the “Meera” serial.

Apart from these, there are so many TikTok stars who have tasted success in teenage with their talent and gained lots of love from their followers.  We would like to know who is your favorite TikTok star? Comment below.