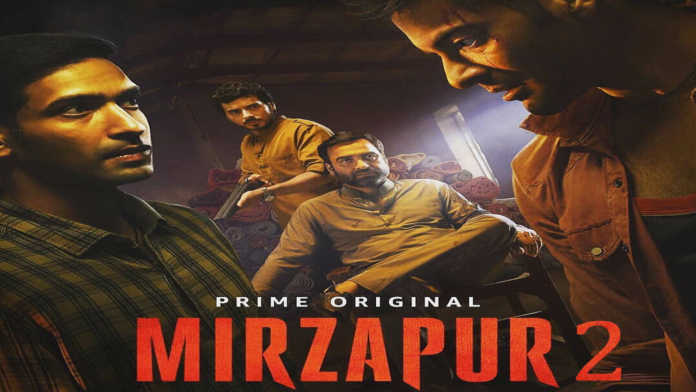 In this crime thriller series of Amazon Prime, Ali Fazal is again going to be in the lead role. In the earlier season also he was the lead actor. The earlier season of Mirzapur was produced under the banner of Excel Entertainment and this time also the same production house is involved.

While talking about the upcoming Web Series Ali Fazal said “About season 2, hopefully early next year. We are hoping to bring you back to the world of Mirzapur. So early next year we would but before season 2 I have some film commitments to finish both here and abroad and yeah, then after that we will begin”

As per the details available, Mirzapur Season 2 Cast includes the following actors:

Producer Farhan Akhtar said in a statement, “It is exciting to see that global audiences are responding well to the kind of content we are creating. It started with Inside Edge being nominated for an International Emmy and now Mirzapur being watched and loved across India and globally; we are glad that both shows have been renewed for the next season giving us another chance to showcase Indian stories on a global stage.”

Vijay Subramaniam, the director, and head of content, Amazon Prime Video India, added, “We are committed to creating compelling stories with powerful characters, gripping narratives and world class values. We are thrilled with the response to Mirzapur’s first season and we are happy to be working with Excel Media & Entertainment for another bold narrative for the next season of the show.”

As per the details available about the First Season, the story of Mirzapur was based UP gangland culture. In the upcoming season also it is expected that viewers will experience the stories based on the drugs, guns and the politics of power. The previous season of Mirzapur was loved by the fans a lot. This season is also coming with the same agenda of attracting the viewers and getting all the love from them.

Furthermore, Pankaj Tripathi also said: “People have really liked Mirzapur. The public is giving a lot of love. Two years ago, I used to feel I have done so many films… who know me. Now I wonder… Baap re baap, ab itne log jaanne lag gaye hain (so many people have started recognizing me). I don’t know what’s happening. I am only doing my work with sincerity. Rest, I don’t know what is happening,”

Well, no official Mirzapur Season 2 trailer has been released but yes recently the makers have released the Mirzapur Season 2 Official Announcement video. The text throughout the trailer reads “In season One, we heard Sitar, Peepni, and Table. Now in Season 2: Bajega Pura Band”

Details regarding the Indian crime thriller web television series i.e. Mirzapur Season 2 Release Date are not available yet. As soon as the Mirzapur Season 2 Date release we will update the article accordingly.

Well, what are your expectations with the Mirzapur Season 2? Share your views with us in below-given comment box.