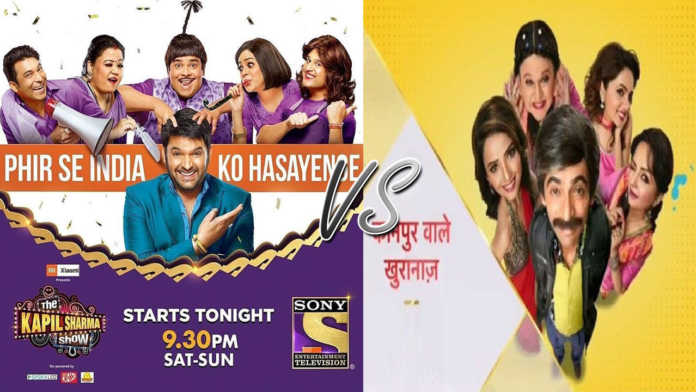 In the last days of 2018, Two popular and fabulous comedians came back to spread laughter among the viewers. Yes, we are talking about Kapil Sharma and Sunil Grover. After recovering from the hard times, Kapil Sharma made his comeback with his The Kapil Sharma show. On the other hand, Sunil Grover also hit the television screens with his comedy chat show that is titled as Kanpur wale Khuranas.

In the industry and outside, everyone knows that both the comedian Kapil Sharma and Sunil Grover shared a great rivalry. But later on with the New Year they both dissolved their issues and started a professional relationship. The Kapil Sharma Show gathered a great hype among the audience because of its popularity and previous seasons while Sunil Grover show Kanpur wale Khuranas did not create any sort of amaze among the audience. Even the audience couldn’t feel connected to the Kanpur wale Khuranas.

Well, this is just starting it will be interesting to see that which show will continue winning the audience hearts.

Who do you like the most, The Kapil Sharma Show or Kanpur Wale Khuranas? Please share your views regarding the show with us. You can state your comments in below comment box.