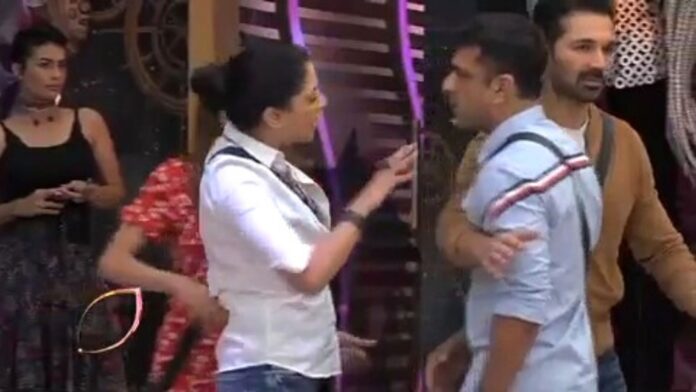 Kavita Kaushik’s wrangling even with Aly Goni.
In the last day’s episode, there was a fierce altercation between Aly Goni and Kavita Kaushik. Aly Goni drew his anger at Kavita Kaushik when the actress was giving her opinion about groups made at home. After this, their quarrel grew so much that Aly Goni narrated her fiercely and even called ‘Ghatiya Aurat’. Kavita Kaushik also retaliated and called Aly as ‘Gunda’. After which Kavita Kaushik broke down and was also seen crying alone, While Aly Goni was seen making fun of her.