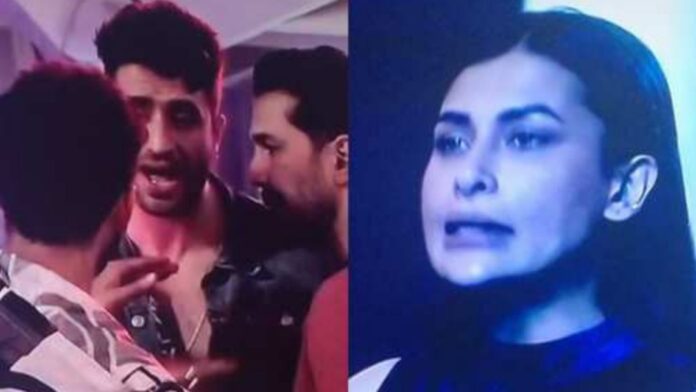 Bigg Boss 14 house is getting more interesting as the days passing by. Bigg Boss is putting more twists on the contrstant’s life. Though Bigg Boss started on the middle of COVID pandemic ang before it we had our quarantine period for near about 6 months, Bigg Boss decided to give a party night for the participants. But on the party also they would have to keep playing their game. Eijaz Khan, Kavita Kayshik, Rubina Dailik and Jaan Kumar Sanu is already out of the captaincy race. On that party Pavitra Puniya is seen becoming angry about some situations.

Bigg Boss organised a party night with DJ Chetas, Shaan, Neeti Mohan and Annu Malik. Everyone tried to keep partying on the previous episode. Because whoever will stood till last , become the next MPL Captain of the house. Aly Goni tried to convince everyone that he want to be the captain. On his plan Rahul Vaidya, Jasmin Bhasin and Abhinav Shukla was also pulled. But It offended Pavitra a lot, because she herself wanted to be the captain.

Pavitra expected from Rahul and took offense at Rahul not standing up for her. On the recent promo She is seen saying, “Mere saath khade ho sakte the, bol sakte the, ‘Nahi, mereko Pavitra chahiye captaincy ke liye” Instead of this Rahul will say , everyone wants to become captain and, “Mere support karne se kuch hoga nahi”. Where Pavitra saved Rahul from nomination dumping her ten clothes and Rahul’s inappriciation was really hurting for her.