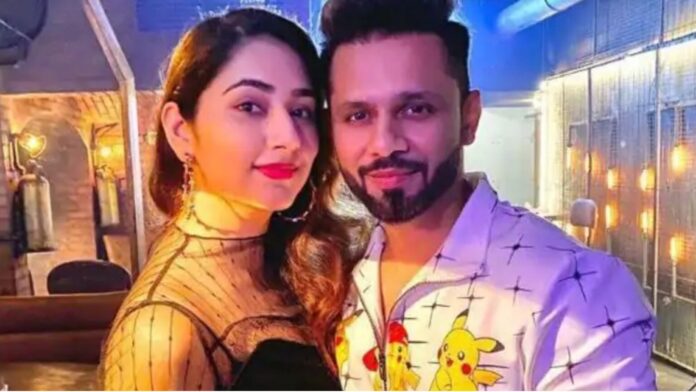 The game of fights, conspiracy, and task continues in Bigg Boss house. Meanwhile, there was a moment in the house when a contestant confesses his love, he proposed to a friend for marriage on National TV sitting on his knee. The name of this contestant is Rahul Vaidya, who has proposed to his friend Disha Parmar.
The special thing is that Rahul has chosen a special day for the proposal. He has chosen Disha’s birthday for the proposal i.e. 11 November. It is believed that this scene can be aired on TV today. Rahul has expressed his love on Disha’s birthday. During this time, Rahul Vaidya was wearing a T-shirt, on which it was written ‘Marry Me?’. Listening to his proposal, the contestants of the house were also happy, and they also had a lot of fun with Rahul.

It is seen in the video that Rahul Vaidya confesses his love. He said, ‘I have known a girl for two years, whose name is Disha Parmar. Disha, you are the most beautiful girl in the world.’
Then he sits on his knees and says, ‘will you marry me?’ And also show their special t-shirt on camera. Explain that earlier Rahul Vaidya Kavita Kaushik and Jasmin Bhasin were talking about their personal life. During this time, he had said that, he is going to propose someone special on November 11 and it is also her birthday on the same day.