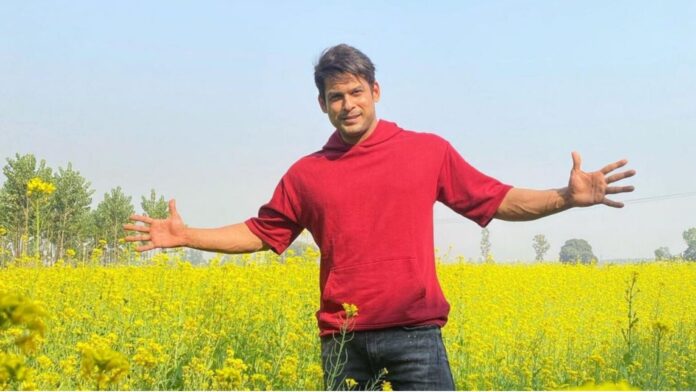 In Bigg Boss 13, if any pair won the hearts of the fans, then it was the pair of Siddharth Shukla and Shehnaaz Gill. This on-screen couple made the fans crazy that the fans started speculating to come with both of them in real life too. Recently the two appeared together again on screen. The duo’s new song ‘Bhula Dunga’ was released. The chemistry of both of them was amazing.

The two then moved to Punjab to shoot their new songs. Both Siddharth Shukla and Shehnaaz gill are enjoying their Punjab trip. On this trip, Shehnaaz and Siddharth Shukla were seen having fun on Tony Kakkar’s song ‘Laila’. Siddharth SHukla became a native farmer on this trip and also rode a bullock cart. Siddharth shared the video on his Instagram account. Simultaneously, Siddharth wrote, ‘Desi style, life of Punjabi.

After this, he also copied the signature step of Shahrukh Khan in the fields of Punjab. He is standing in a mustard (sarso) field and has his arms outstretched like Shahrukh Khan signature pose. While sharing the photo, Siddharth wrote, ‘Turning field into reels’. Fans are giving a lot of love to this photo of him.