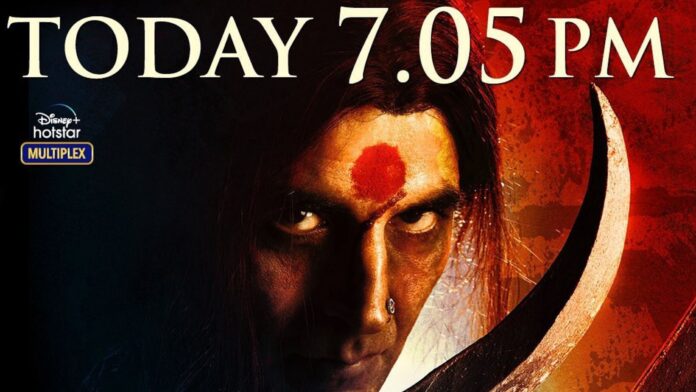 Cinema halls have been closed for the last 7 months due to the lockdown caused by global pandemic COVID- 19. This has led to films being released directly on the OTT platform. Akshay Kumar’s contemporary film ‘Laxmii’ is going to release on Monday (9 November). If you do not know about the film’s release and OTT platform, then we are telling you when and how you can watch the first show of this film.

The film will release on OTT platform Disney + Hotstar. The film is a horror comedy film. Viewers will be able to watch this film from 7 pm on the app or on the web. If we talk about the film, then Kiara Advani will be seen opposite Akshay Kumar in the film. Apart from the lead cast, the film will feature actors like Tusshar Kapoor, Sharad Kelkar, Rajesh Sharma and Ayesha Raja. Raghav Lawrence is directing the film.

Fans are very excited about the film and due to this, #LaxmiiKalAaRahiHai trended on social media on Sunday. The film has been mired in a lot of controversies even before its release. Many controversies arose over the film’s name and story. After this Akshay and the makers changed the name of the film from ‘Laxmmi Bomb’ to ‘Laxmii’. The songs of the film ‘Burj Khalifa’ and ‘Bum Bhole’ have already reached the people’s tongue.