Home Television Bigg Boss 14: Pavitra Punia was accused for her brutal behavior towards... 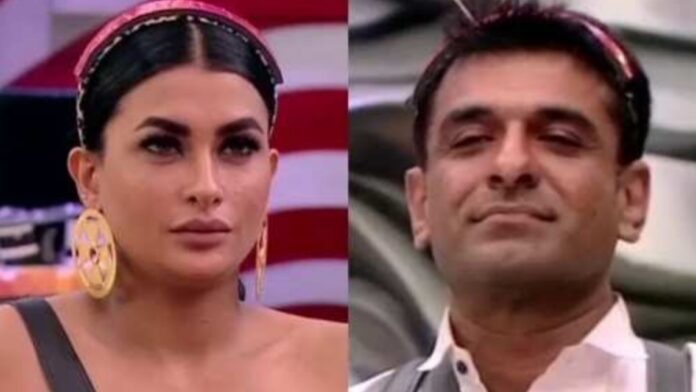 Yesterday Bigg Boss house had not only an eviction episode but many dual personalities also revealed throughout the episode. The Host Salman Khan stated this way, that the BB house is now full of violence and reflect mentalities and asked the reason from Pavitra Punia about her behavior towards Eijaz khan.

From the starting of the episode Salman was totally prepared for raising the issues. After Kavita Kaushik’s return Pavitra seemed not very happy because she abused Kavita most about her rude behavior towards Eijaz. But Pavitra actually repeated the whole thing with Eijaz after the immunity task. She literally hurt Eijaz with her elbow. Pavitra at first tried to defend herself by avoiding the exact allegation. Salman challenged her saying, “We’ll show you the footage where you’re using cuss words,” which stopped her voice and she nodded silently. Salman also tried to put the issue with Nikki Tamboli and Jaan Kumar Sanu that if it was planned and Pavitra was either faking or it was her strategy. He said, “Yeh aggression hai ya full-on drama, full-on acting.”

Eijaz khan as a captain of BB house, saved Jasmin Bhasin from nomination and he gave the reason about a good desert made by her on the previous day. Pavitra put the issue and said it to be a lame reason and her anger was about that. But Salman says that he doesn’t fully understand their chemistry. He called her out saying, “Pavitra, you’re not in your senses right now.This is no way to behave.”

He also compared the scenes with Kavita and Pavitra. On the national television it was proved that Pavitra did exactly that talks which Kavida did before her outburst with Eijaz. On the end Pavitra said a simple ‘Sorry’. But Salman said,  “You say sorry repeatedly, but do the same thing again.”

Eijaz seemed very upset but Salman asked Eijaz that why didn’t he raised his voice or any other member raised their voice against Pavitra. But every kept the same silence. It will be very interesting to see the further episodes after Kavita Kaushik’s entry on their lives.