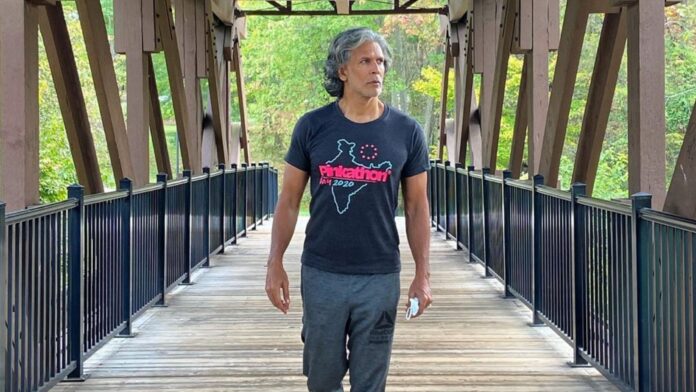 A case against Model and Actor Milind Soman has been registered under section 294 (obscenity) of the Indian Penal Code. According to Goa police the case got registered after the Goa Suraksha Manch (GSM) expressed its resentment on the model’s nude picture.

On November 4, Milind Soman posted a picture on Twitter running naked on a Goa beach to mark his 55th birthday. The actor posted his picture with a caption reading, ” Happy Birthday to me…55 and running.” This photograph stirred a major controversy involving legal actions against Milind Soman.

Along with section 294 (obscene act in a public place), Soman has also been charged with section 67 of the Information and Technology Act. Goa Suraksha Manch, in its complaint against the actor, said that the picture projected Goa in a bad light.

There have been no comments from Milind’s side on the FIR registered against him.

It is not the first time that a case has been registered against model Milind Soman on his nude pictures. Back in 1995, a print ad for the shoe Brand named Tuffs was published in a magazine. The shoot projected Milind Soman and Madhu Sapra wearing just the shoes along with a Python wrapped around their neck. The nude photo shoot created a lot of controversies. The Social Service branch of Mumbai Police registered a case against them for showcasing such an obscene act.

Along with the models, the Advertising agency also got sued under the wildlife protection act for illegal use of python.