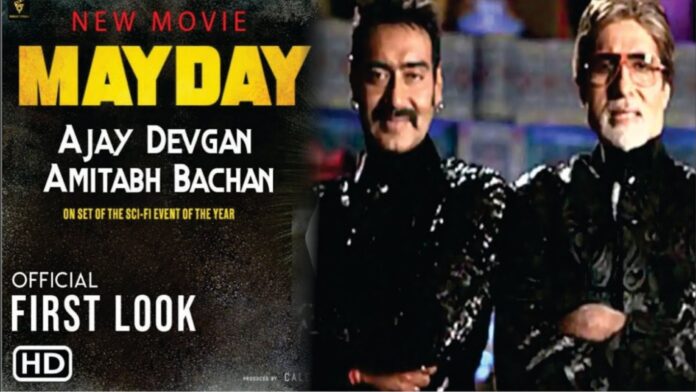 The news is going on the air that Ajay Devgn has set it up all to direct Bollywood superstar, Amitabh Bachchan, in the upcoming movie, Mayday. This movie will be based on human drama and will feature the duo in the pivotal roles.

The team has revealed that Ajay Devgan will be featured as a pilot in Mayday. However, the details about the character of Amitabh Bachchan has not been disclosed by the team. The movie has been produced as well as helmed by Ajay Devgn himself. The production of Mayday will start soon in the month of December, this year.

Taran Adarsh, who is a movie-critic and a trade analyst, has recently posted about Mayday on Twitter. He wrote, “BIGGG NEWS… #AjayDevgn to direct #AmitabhBachchan… An edge-of-the-seat human drama… Titled Mayday… Ajay is playing a pilot in the film.”

The Duo In Mayday

Ajay Devgn and Amitabh Bachchan have been earlier spotted acting in other movies too. This is a reunion after a stretch of 7 long years.Apart from KBC, Amitabh Bachchan is also shooting for his forthcoming co movies like Brahmastra by Ayan Mukherji. Also, other movies like Nagraj Manjule’s Jhund as well as Rumi Jaffery directed Chehre.Ajay Devgn will get on the floor for the shooting of Mayday after the conclusion of his shooting for the movie, Bhuj: The Pride Of India. The last movie of Ajay Devgn was Tanhaji: The Unsung Warrior. His other upcoming movies include RRR, Maidaan and Golmaal 5.The other details of the movie, Mayday is yet to be revealed by the team.