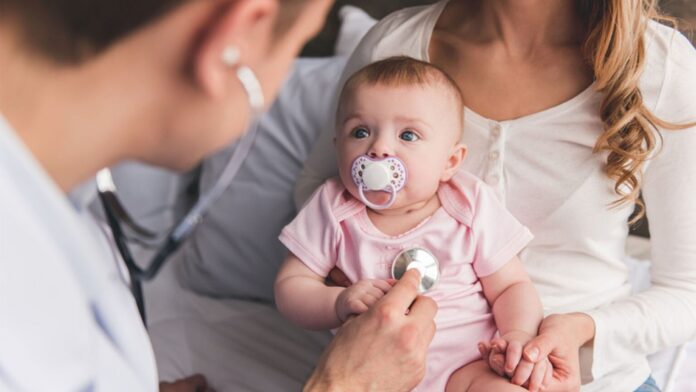 A study conducted at Duke-NUS Medical School found that the allergens in the mother can cross over the placenta to the baby. This can be the reason why some infants exhibit allergic symptoms so early in their life span and certain interventions that can be taken up to solve the problem.

The study was conducted in mice. Immunoglobulin E (IgE) is responsible for stimulating allergic reactions. These IgE can enter the fetus through the placenta. Once inside the fetus, IgE can bind to mast cells (immune cells) that can trigger immune reactions like asthma. This process was found to be similar in both humans and mice. Additionally transfer of allergens also required a supporter protein named FcRN (Neonatal Fc receptor). Deactivation of FcRN prevented the binding of IgE to mast cells and no allergies developed post birth.

The researchers in this study had exposed mice to ragweed pollen (a type of allergen). It was seen that mice that had developed an allergy to this pollen, passed it down to their children. The sensitivity to the allergen though was found to fade with time.

Another study also associated association of respiratory infections like asthma later in life to human maternal and cord blood C-reactive protein which is found to rise with inflammation.

Though breast milk might play an important role in development of allergies, it alone might not be responsible for allergen transfer and the mechanism is poorly understood. Environmental factors can also impact development of allergies. Exposure to chemical irritants during pregnancy can increase the risk of developing allergies in children.

Role of Vitamin E in allergies:

The highest amounts of γ-tocopherol are found in soy oil, corn oil, and canola oil. Its usage is higher in the USA. Balance of α and γ-tocopherol helps in regulating allergic responses. In a study, supplementation of α-tocopherol during pregnancy was found to reduce eosinophil counts (that increase during allergic reactions) and reduce lung associated inflammation in offsprings.

“Peter Roth Couldn’t Stop Young Ladies From Steaming Their Pants, Around His Cr*tch”

Sonu Sood’s fan gave a very special gift, a picture made on the SIM card,...