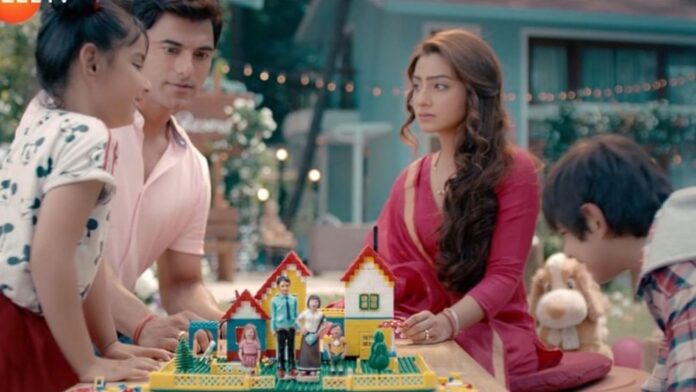 Zee TV is all geared up to release its brand new television show titled Kyun Rishton Mein Katti Batti. The show will hit TV screens very soon. So check out the complete details about Zee TV’s upcoming project and get an insight into the show.

The story revolves around a nuclear family with parents and two children. The serial is going to be a family drama. Recently, the channel released a promo of the show, which is being highly praised by the audience. The promo portrays a couple’s relationship, which is on the edge of separation due to their ongoing issues. However, their kids can be seen putting-in, the best of their innocent efforts to rekindle the love between their parents.

The catch of the show remains its storyline where ‘Kyun Rishton Mein Katti Batti’ doesn’t showcase an out of the box story, yet every family can somewhere relate to the scenario.

The star cast of the show involves talented actors like Siddhaanth Vir Surryavanshi and Neha Marda, who are also the lead actors in the show. Pratyaksh Panwar and Mannat Murgai, on the other hand, are playing the role of the two children. Neha Marda will be back on TV screens with this new project on Zee TV. Before this, Neha was last seen in the serial Doli Armaanon Ki. ‘Kyun Rishton Mein Katti Batti’ with its beautiful tagline saying,” Bikharte Rishton ko baandhe wo door hai, Bachhe hai par Kahan kamzoor hai?” is already winning a million hearts. Now the audience is eagerly waiting for the show to come on-air.