Home Bollywood Happy Birthday, Tabu: Know why Tabu has not married till date? 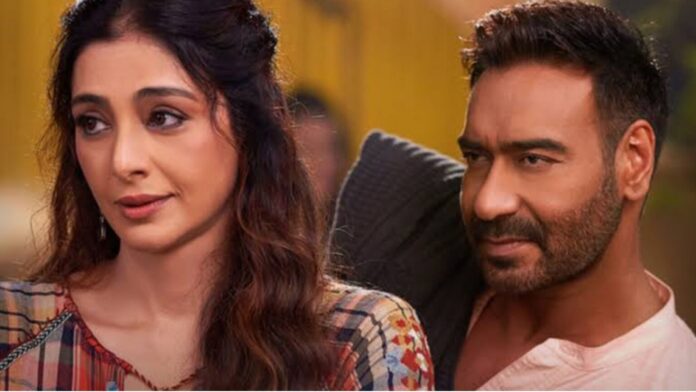 Today, Bollywood’s beautiful and talented actress Tabu celebrates her 50th birthday. Tabu has always been in controversy for her personal life more than her professional life, She brought many love stories to life on screen with actors including Shahrukh Khan to Ajay Devgan. But in real life, Tabu is still single. According to the reports, Tabu has said because of Ajay Devgan she is still single.

Tabu once revealed that Ajay Devgan was with my cousin Sameer Arya in those days. Both were very protective of the actress and if they saw her talking to a boy, then both of them started beating that boy. Tabu said in an interview, ‘Ajay and I know each other from a long time, we have been together since the time we were 13 or 14 years old. He was a childhood friend of my brother, and we grew up together. He was always with the gang of boys and tried to get the attention of the girls.’

Tabu told in another interview, ‘When I was younger, Sameer and Ajay used to spy on me, follow me and whenever boys tried to talk to me, threaten to beat them, And if I am single today, it is because of Ajay. I hope he regrets and regrets what he did.’

The actress further said, ‘I asked Ajay to find a boy who would marry me. He jokingly said that both of us had worked in many films together and that is why our relationship started growing. If one of the male actors is someone I can trust, he is Ajay. He is like a child and yet so protective. When she is on the set, I feel stress-free there. We both have a unique relationship unconditionally.’