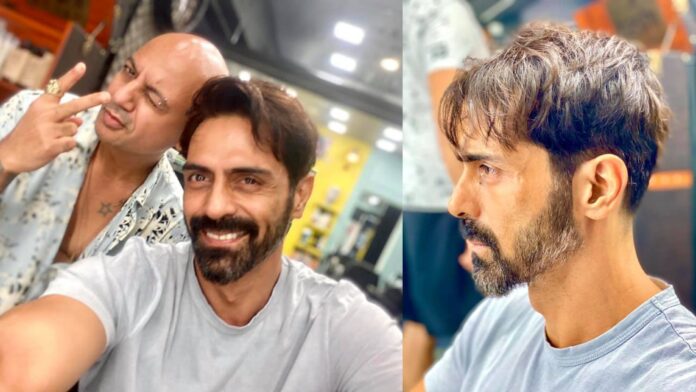 Actor Arjun Rampal was rumored to join the famous duo Abbas Mustan’s upcoming Netflix web series ‘Penthouse’. He has corroborated the news himself via social media by sharing his new look’s pictures from the salon of celebrity hairstylist Aalim Hakim. Rampal took to Instagram to share his new short hair look and perfectly trimmed beard, the look suits the actor and gives him a very charming look. He captioned the post as, “Ready for the next one. #Penthouse #Netflix Thank you, @aalimhakim love, you, bro.”

Abbas-Mustan marks their debut in the digital platform with “Penthouse”.  Their last film Machine released in 2017starring Kiara Advani and Mustafa Burmawala, the duo is back after almost three years. This filmmaker duo is known for giving superhit and iconic films such as ‘Khiladi’, ‘Baazigar’, ‘Soldier’,  ‘Baadshah’, ‘Aitraaz’, ‘36 China Town’, ‘Race’,  among others.

Although the makers of the projects haven’t officially announced cast of the web series but as per reports from close sources, Bobby Deol , Sharman Joshi , Mouni Roy, Waluscha De Sousa and Manjari Fadnis along with Arjun Rampal are booked for the movie. Some sources have cited that Bobby, Arjun and Sharman will be playing business partners who share a penthouse to meet with their girlfriends in the upcoming suspense thriller. The film with its amazing cast and crew is surely going to be a classic  Abbas Mustan film with lots of exciting twists and turns.

Besides Penthouse, Rampal will also act in Zee5’s ‘Nail Polish’,  ‘The final call’, and  ‘The Battle of Bhima Koregaon’. Stay tuned for more updates.