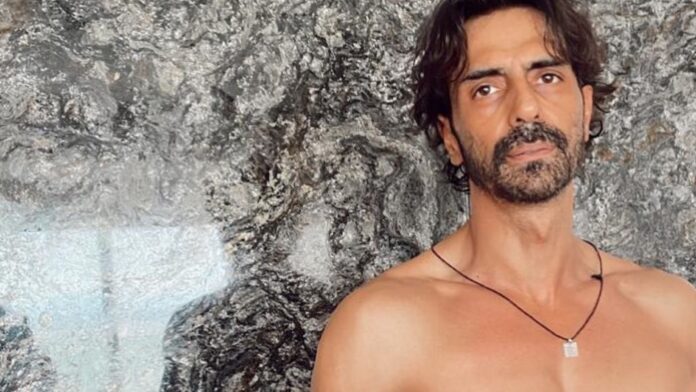 Arjun Rampal is spotted on the campus of SPPU while the shooting was going on. Zee5 ‘s courtroom thriller “Nail Polish” is coming soon.

Many of the famous Bollywood faces gave amazing shorts on OTT. Arjun Rampal is one of them. He is all set for his new work ‘Nail Polish’ helmed by Bugs Bhargava Krishna. He is profiling a renowned lawyer Sid Jaysing. After ” The Final Call”. He is very much excited for this project with Zee5. “The script is as intriguing as the title. It is extremely promising and allows everyone to push one’s limits to a level that hopefully shall transform itself into something very special,” Arjun expressed.

The crew was taking a short out the courtroom on the campus of Savitribai Phule Pune University. The shooting restarted because the another two stars of this film Manav Kaul and Anand Tiwari became COVID possitive.

Arjun Rampal was dressed like a lawyer with black coat,white shirt. It is assumed that inside the courtroom was shot on Mumbai.

“Nail Polish” is being produced by Pradeep Uppoor, Seema Mohapatra, Jahanara Bhargava of Ten Years Younger Productions, and Dhirajj Vinodd Kapoor. It will give us another taste of Arjun Rampal’s acting Career.

Nokia XR20 with Snapdragon 480 chipset to launch in India soon

Shankar Mahadevan On His Connection To The Old-New Cadbury Advert