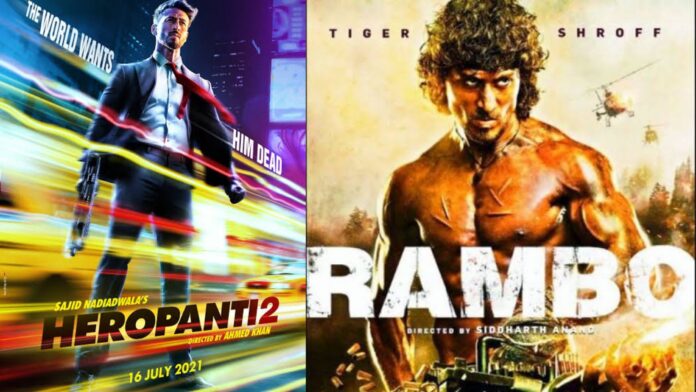 Tiger Shroff who is a favorite of all 3 generations started his training sessions for his next films. Ganpat which is a Boxing/drama film from the well-renowned maker of hit film Super 30 Vikas Bahl.

Tiger who made his last appearance in the 3rd installment of the hit series Baaghi is all set after 8 months to continue his journey which has started commencing to another level.

According to the reports, the actor will be presented in a new avatar which he never did before, also the actor has started new sessions to learning boxing and new forms of MMA.

The official announcement by the makers would be made by next month in November along with its first look and official poster, makers are planning to wrap up the film by the first quarter of the year so they can release the film in 2nd half of 2021.

After  Ganpat, Tiger Shroff will start working with Sajid Nadiadwala’s Heropanti 2 from April onwards. A sequel to his debut film Heropanti, the action-thriller will be directed by Ahmed Khan who also directed the previous part. It was supposed to hit the screens in July but now the makers are looking for a late-2021 release.

After these 2 mega projects, Tiger shroff will start working on a remake of Rambo by the end of the year(2021).

This will be the first Indian adaption of the Sylvester Stallone’s iconic blockbuster, Rohit Dhawan is the first choice for the makers to direct this action-packed film and Yash Raj Films is in to produce this lavish project.

The film could be planned to release by summertime of-2022 because tiger shroff is a favorite hero of Kids who would like to enjoy their vacations with their favorite hero’s film in action.

Overall 2021 can be the best year for the tiger shroff as he gonna doing 3 different mega films which will concrete his career to another level, all 3 films expected to create new records in Bollywood.