Home Television Mohsin Khan Vs Parth Samthaan Vs Shaheer Sheikh: Who is the highest-paid... 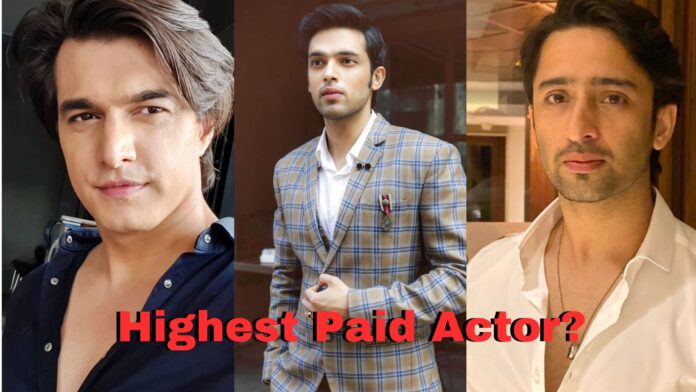 The first one in the row is Mohsin Khan aka Kartik Goenka. We know him by his onscreen character played by him in the show Yeh Rishta Kya Kehlata Hai. He is playing that character for the past several years. He has won the hearts of many by his charming and handsome looks and off course by his acting skills. As per media reports, the charges fifty thousand per day for the shoot.

The second one in the row is another good looking actor, Parth Samthaan who was playing the role of Anurag Basu in the show Kasauti Zindagi Kay. His role has won him a lot of recognition and love from his fans and he even won the best actor award for the same. He is also popular on social media. He has a good amount of following on his official handle. According to internet sites, he charges forty thousand per day for the shoot.

The last one in the row is none other than Shaheer Sheikh. He has all that makes one national crush among girl. He has good looks, charm, style, good fashion sense and whatnot. He is currently entertaining the public by performing a role in the show Yeh Rishtey Hain Pyaar Ke. As per media reports, the charges a whopping amount of one lacs and twenty-five thousand per day for the shoot.

With success and pay, we are unable to decide who is the highest-paid actor so we leave that to the public to decide that.