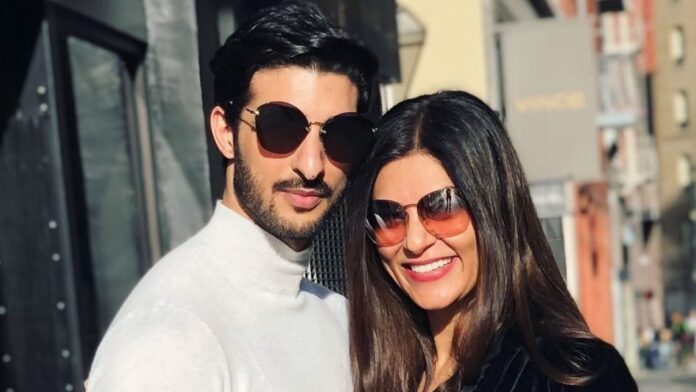 A Bollywood actress with the crown of Miss Universe, Susmita Sen, and her boyfriend Rohman Shawl are a very adorable couple nowadays. They are very active on their social media platform with the cute-bond relationship.

Fans are very excited about their movements and out of this much excitement, one of them asked Susmita during a promotion live, that If She’ll get married to Rohman!

Susmita Sen also told how she met Rohman on Instagram while she accidentally found him in her DMs. She said, “I don’t check my DMs, I never opened direct messages. I was shouting at somebody in the house because they had just broken glass and I had a touch screen phone in front of me and I was just scrolling direct messages and I don’t know while saying something, I accidentally pressed and opened this message. And there is a gentleman there playing the guitar and saying the loveliest things and I am thinking, ‘Who is he?’

Miss Universe, made her sudden comeback with Aarya which was really important for her. She mentioned it on the live and expects more love for another season. Susmita made her Bollywood debut two years later with Mahesh Bhatt’s Dastak, is also known for films like Main Hoon Na, Aankhen, Sirf Tum, Biwi No. 1, Maine Pyaar Kyun Kiya, and No Problem. And now she will be seen as a judge on the TV show Myntra Fashion Superstar, along with designer Manish Malhotra and comedian Mallika Dua. It will be telecasting from November onwards.

Why did Katrina Kaif become a troll before marriage?

Watch Shilpa Shetty Get All Goofy And Groovy ‘In The Getto’ As She Dazzles In...