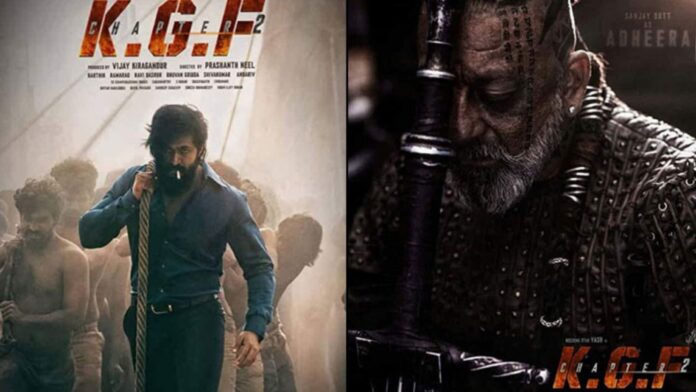 Bollywood actor Sanjay Dutt has assured the media that he will join the KGF set soon. After all the gossips and discussions, he has revealed the first look of his character in KGF Chapter 2. He also disclosed that from the month of November, he will resume his shoot.

As it has been shown in KGF Chapter 1, Adheera is the brother of Suryavardhan, who has been apparently killed in the movie. But as the movie ends, he was seen alive and Garuda, the son of Suyravardhan gets killed. In this movie, Adheera did not have much role to play. However, for KGF Chapter 2, Sanjay Dutt will be featured in the skin of Adheera, the antagonist. Sanjay Dutt has released a photo on his Instagram handle his first look as Adhere. He has also captioned the image, “Gearing up for #Adheera! #KGFChapter2.“

Others In KGF Chapter 2

Apart from Sanjay Dutt, there will be Yash in the skin of Rocky. There will be Raveena Tandon as Ramika Sen, Srinidhi Shetty as Reena and Prakash Raj.

The 61-year-old actor is fighting with his 4th stage lung cancer. He recently appeared in a video of his friend, Aalim Hakim who is also a celebrity hairstylist. In the video, Sanjay Dutt actively said that he will beat cancer and will be back in form soon. The actor has recently been in Sadak 2 and is gearing up for Prithviraj, which will star Akshay Kumar and Manushi Chillar in lead roles.