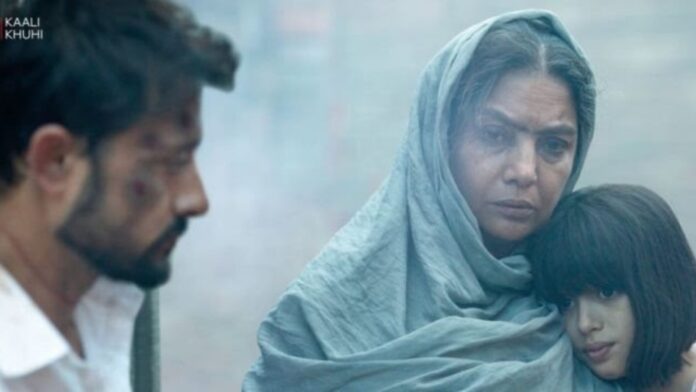 Netflix revealed the trailer of their upcoming film Kali Khuhi starring Shabana Azmi and Riva Arora. The story of the film is about a 10-year-old girl, Shivangi, who wants to save her family from the ghosts of her terrible past. The film is going to release on Netflix on October 30. The name of the film means black well, The film based on a village in Punjab which is cursed with ghostly shadows from the history of female feticide. the trailer shows that a girl named Shivangi goes to her grandmother’s house and then some strange incidents happened to her. Now it has to be seen whether Shivangi can save her family from all these incidents.

The grimy past of a village in Punjab has come back to haunt its dwellers. Female infanticide and prejudice have taken a toll on the spirit of the village in the form of mysterious deaths of its residents. It is up to Shivangi, a 10-year-old girl to fight this ominous presence and save her family.