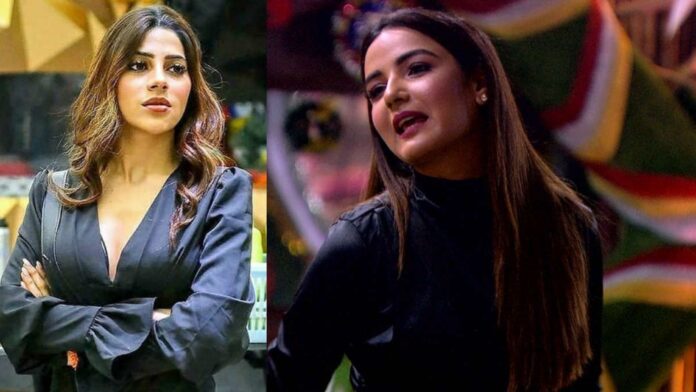 The upcoming episode of Bigg Boss 14 is about to explode. One would be a fight between Nikki and Jasmin during the task. On the other hand, for the first time, all three seniors will clash with each other. Hina and Gauhar have confronted Siddharth Shukla over the decision to win Nikki-Jasmine. Hina’s aggressive side will be seen for the first time in Bigg Boss 14.

In the promo video seniors clash over freshers’ decision to win, seniors have to make a decision regarding victory between Nikki and Jasmin, But the screw was stuck when Siddharth Shukla did not agree with Hina and Gauhar’s opinion. According to Hina and Gauhar, Jasmin won the task, but Siddharth Shukla appeared to support Nikki Tamboli. Just about this, there was tension among the three. In the promo video, Hina Khan and Siddharth Shukla are seen screaming at each other. Seniors clash with each other for Nikki-Jasmin.

Siddharth told Bigg Boss that the decision is not clear for her. Hina Khan warns Siddharth not to teach her how to operate and advises him to mind his own business. In his clarification, Siddharth said – Jasmin is my friend but I do not want to take a wrong decision. Now it has to be seen what the result of this battle of Siddharth and Hina Khan is. The audience had seen the relationship of friendship between the two. Now both have clashed for the first time in the show.

Siddharth Shukla has had a fight with Gauhar Khan in the last episode. But later both were patched up. On social media, the fans were enjoying the friendship of the toofani seniors. In such a situation, there will be a rift in this friendship or there will be patch up again, it will be known in the coming episodes. On the other hand, what is the decision about Jasmin-Nikki, winning in a task, it will be exciting to see.