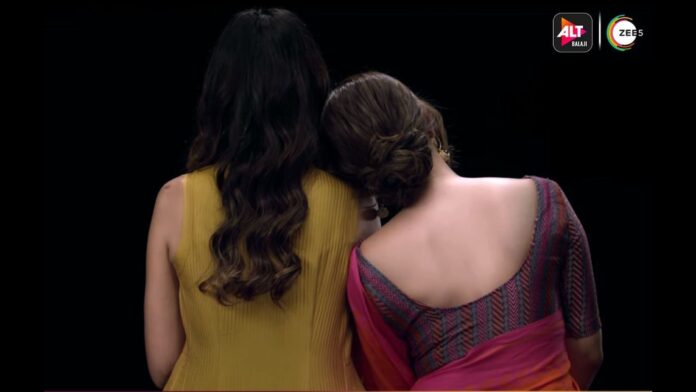 ALT Balaji and ZEE5 have announced a new project named The Married Woman.  The series is based on a book of the same name written by Manju Kapoor.

This teaser of the series took us to the time of 1992 when riots broke out in the country after the destruction of the Babri Masjid. However, in the context of this riot, the love between the two women starring Ridhi Dogra and Monica Dogra has swelled. The teaser begins with a narration that tells us how the Supreme Court’s judgment on Section 377 of the Indian Penal Code, which has criminalized sexual behavior between adults of the same sex, healed a wound of 27 years long.

A love story based on Manju Kapoor’s famous book #AMarriedWoman, which started during the country’s political turmoil” Ekta captioned the post. Ridhi Dogra made her digital debut with this show. She said, “It’s not just a story about two women and the same sex, It is much more than that. As an artist, I really had no obstacles. I was sure that someone should do such a show it should come from unity because he is really a boss kid. I think it’s a huge opportunity for me, a great place and I’m so glad I waited so long for it”.Monica Dogra, the second lead character of the show, said, “I am thrilled to have this project debut in my webspace. I can’t ask for anything better than this for my digital debut. I am known as a musician and have played a few characters on the big screen, but this project gives me the opportunity to showcase my acting skills to the fullest. “

The producers have not yet announced the release date of the married woman on Zee5, and ALT Balaji. Ridhi Dogra and Monica Dogra made their debut on the OTT platform with this. Ekta Kapoor, director of this series shared the teaser of the web series on her Twitter account.

Munmun Dutta’s charming style wreaks havoc every time, not only this but Jethalal is impressed...