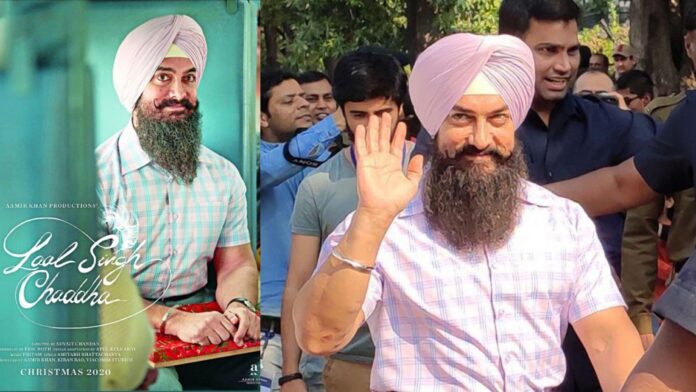 Recently Aamir Khan visited Turkey for Laal Singh Chaddha shooting, and his picture with the First Lady Of turkey went viral on social media platforms and everyone started trolling him.

And trolled him for ‘if India doesn’t have good bond with Turkey, how can he schedule his shooting over there’.

picture with the first lady(Turkey).

That is why Aamir khan abandoned the shoot from turkey and Or it may be other reason, but the story is that the portion which was scheduled at turkey and almost recce had been finalized for specific scenes to be filmed.. it will re-schedule now to other location.

Also we want to tell the first half portion has been shoot in Delhi, and for it’s outdoor oversea shoot Aamir Khan and Viacom 18 who both are officially producers of Laal singh chaddha made their choice to go with turkey.

But for now the story is Aamir khan and Viacom 18 have Bear a huge amount in turkey and it completely went in trough as the whole team of Laal singh chaddha flew to turkey with their Directors,cinematographer and the other supporting team, they had lived over there for 12 days so the expenses which they spend on the journey and hotel stays it was approximately 1 and half Cr.

Anyways it happens in film making and it’s business, but the another true is that audience are eagerly waiting for Aamir khan’s Laal singh chaddha as the first official announcement for making this film was out on 14th March 2019 and has been finalized for release in December 2020.

But as the filming is still on so after the whole shoot, makers will decide their next releasing date.

Thapki 2 Promo: Jigyasa Singh Is Back As Thapki And First Rushes Are Like A...

“Pilates Girl” Janhvi Kapoor Began Her Weekend Like This