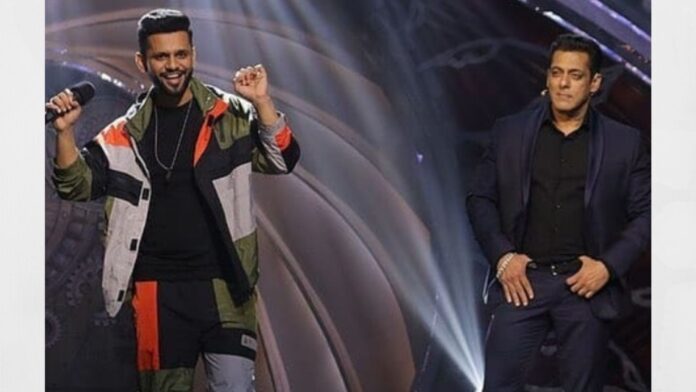 Bigg Boss 14 contestant Rahul Vaidya this time opens up his views on music. Being a musician himself, he claims he does not like music recreation. His statement has already made it to the headline in the early morning.

To reason on his views, he points out this being a fault of the music labels as well as the producers. He also explained that he feels, the Bollywood industry might be running out of creativity. This is why they are getting too inclined towards remixes. He says that the recreation of the old music is simply “not worth it“. He discloses his opinion saying, “It is extremely unfortunate because in a country of 1.3 billion people we have talent dying for opportunities. It is extremely unfair of the producers to not give it a thought. It is a question of faith. They don’t have faith and trust. They don’t have confidence that if we give a chance to someone, ‘he will kill it’.” Also to add, he said, “I was extremely upset about the film ‘Simmba’. There is this romantic song ‘Tere bin nahi lagda’. It’s an original Nusrat Fateh Ali Khan song. It has been recreated and sung by Rahat Sahab and a female singer. Now, imagine a newcomer had gotten a chance to create such a love song, picturized in such a big film as ‘Simmba’. But the producers chose to go on with the recreation.” He says it is also the audience who enjoys the remix instead of protesting. He also added, “The second issue is that the people around them don’t want to contradict them. Because if I contradict a big guy, he will think I have the attitude and kick me out from my job.” He concluded by saying, “They are all feared, so I will not say anything to him even if he is doing something wrong. But I am absolutely in no favor of remixes.”   It is really unfortunate that not many people worthy are getting recognition. There are injustices that follow everywhere. It is now time to watch if people will still remain silent or willingly raise their voices against this.

Who is that ‘third’ between Vicky Kaushal and Katrina Kaif? | Sardar Udham Screening

Nagarjuna Akkineni Issued A Statement On The Divorce Between Naga Chaitanya Samantha | Nagarjuna...