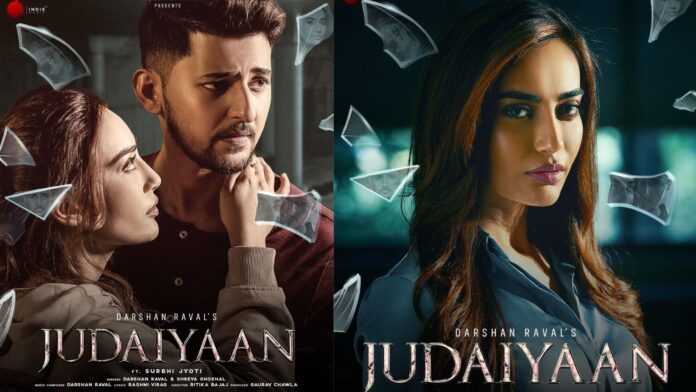 Darshan Raval’s album ‘Maa’ will witness the release of its sixth song, ‘Judaiyaan Reprise’. It will be launched by Indie Music Label, who tweeted on Instagram how the pain of separation increases the love and thus makes the heart grow fonder.
This song has been sung and composed by Darshan Raval himself, while the lyrics have been written by Rashmi Virag.

Television actress Surbhi Jyoti of Qubool Hai and Naagin 3 fame will be seen as a part of the music video of ‘Judaiyaan Reprise’.

This song is the reprise version of the original ‘Judaiyaan’ sung by Darshan Raval and Shreya Ghoshal.