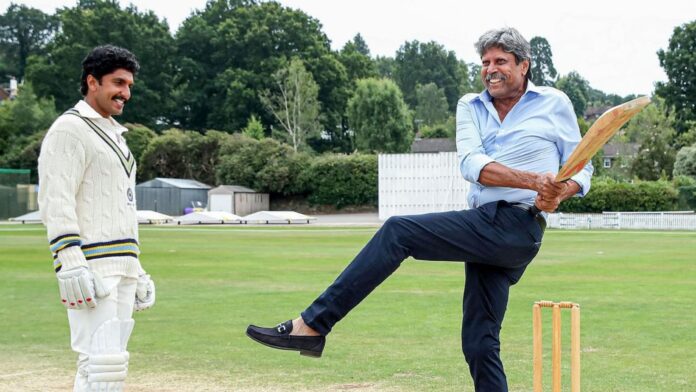 After almost half of the year break, the cinema halls are finally opening according to the Central Government. So the Producers and Directors are already making lines for their blockbuster releasing. It has been confirmed that Ranveer Singh’s 83 will be released in cinema halls around Christmas. But Rohit Shetty’s direction ‘ Sooryavanshi’ which was ready to release on Diwali, postponed it dates to 2021.

Another movies which will be seen in theaters are – Khaali Peeli and Indoo Ki Jawaani, PM Narendra Modi biopic and many more.

Shibasish Sarkar, CEO, Reliance Entertainment, co-producer of 83 and Sooryavanshi, confirmed that – “We definitely don’t want to change the date of Ranveer Singh’s 83 for Sooryavanshi. The sports drama is still slated to release on Christmas. We have to decide on the new date of Sooryavanshi with the director and actor, but the film should release between January and March.”

Akshay Kumar’s fan will have to wait for the fourth flow of cop universe film, where star cast Katrina Kaif will be in his opposite. Ajay Devgan and Ranveer Singh will also be seen from Singham, Singham Returns and Simba. In the other hand Akshay Kumar’s Lakshmi Bomb will be streaming from Diwali, November 9 on OTT.

Kabir Khan’s 83 will be another great achievement for Ranveer where he will play Kapil Dev in the plot of 1983 Cricket World Cup. A mesmerizing journey will won the hearts of Indians. Deepika Padukon will be sharing screen with Ranveer as the wife of Cricketer Kapil Dev, Mrs. Romi Dev.

India is eagerly waiting to the theater houseful again after this horrible pandemic.