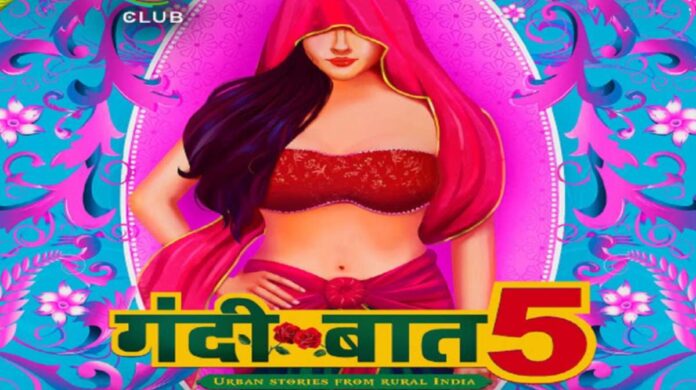 If we talk about this steamy web series, it was developed by Ekta Kapoor, and directed and produced by Sachin Mohite. The scriptwriter of this show is Chital Rajesh Tripathi. Moreover, Gandii Baat Season 5 has been produced under the banner of Jaasvand Entertainment Pvt Ltd.

The popular porn-themed web series Gandii Baat Season 5‘s trailer has been released, and it is going to stream on Zee5 and Alt Balaji from this week, nine months after the end of Season 4. With its unique format and narrative, Gandi Baat has become one of the most popular web series on the platform right now. Although Season 5 is going to premiere this week, many fans are still confused as to what date and time they can expect to tune in to Gandi Baat once again.

Gandi Baat is back with a new season as ALT Balaji made the official announcement on their official Instagram account.

Fans are getting ready for another season filled with tempting and exciting episodes of the show. In Season 5, we expect all things to be five times more than its predecessors.

The first season started in 2018, and the second and third aired in 2019. The fourth season was streamed in January 2020. Now, we all are going to get another season of this web-series. A few days ago, ALT Balaji and Zee5 confirmed the news of the upcoming season, and the new season will air from October 8, 2020.

Why Should You Watch It?

Following the success of Gandi Baat Season 1, ALT Balaji and Zee5 have released Season 2, 3 & 4. All seasons are sophisticated with millennials and the story of different states and rural areas of India with love, drama, and lust. We hope that like it’s previous seasons, this season is also going to bang-on.

Who is that ‘third’ between Vicky Kaushal and Katrina Kaif? | Sardar Udham Screening

Hard Decisions Have to Be Taken For Big Goals: IOA Chief Narinder Batra on Hockey...