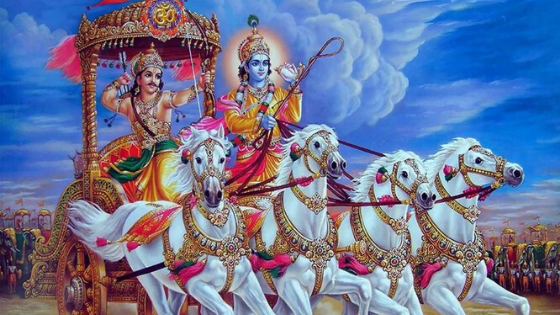 The most popular and ethnic television series of its time “THE MAHABHARAT” is now scheduled to be re-telecast on the demand of the public. India is dealing with a lockdown due to the coronavirus, and this leads to the reason for the re-telecast of regional and historic television series. It has been telecasted before in 94 episodes and being on the television for about two years. It was the first Indian television series that gets broadcast on BBC2, and on BBC, it has achieved over 5 million viewers.

“THE MAHABHARAT,” a historic mythological telecast, was directed by “BR Chopra” and “Ravi Chopra.” It was first aired in 1988. Now “THE MAHABHARAT” is scheduled to be re-telecast on DOORDARSHAN Chanel (DD BHARTI). Know all details about MAHABHARAT Cast, Timing, Real Names, and Broadcasting here only.

There was a huge star cast as it includes various characters of the time. Some brilliant actors have played different remarkable roles. The lead star cast is:

The telecasting of THE MAHABHARAT is rescheduled from March 28, 2020, due to coronavirus epidemics in 2020. THE MAHABHARAT is scheduled with two episodes per day each of one hour on DD BHARTI, one from 12 pm and another from 07 pm.

For the very first time, THE MAHABHARAT was broadcasted from October 2, 1988, to June 24, 1990, on DD National. Now in the Coronavirus epidemic Lockdown Period, The Information and Broadcasting Minister Prakash Javadekar has decided to re-telecast THE MAHABHARAT on public demand from March 28, 2020. He tweeted, “Happy to announce that on public demand, we are starting re-telecast of THE MAHABHARAT from tomorrow, Saturday, March 28 in DD National, One episode in morning 12 pm to 01 pm, another at 7 pm to 8 pm. @narendramodi @[email protected],”.

The public raised a high demand for the re-telecast of THE MAHABHARAT due to the epidemic lockdown in India. Ministry took a sudden action on these suggestions and requests and decided to re-telecast the epic television series THE MAHABHARAT.

This decision created subsequent happiness among the older generation and created an approach for the younger generation to know about their culture and ethnic history. It had a great fan following worldwide when it was broadcast before. The popularity of this television series can be imagined by the fact that over 5 million viewers it attracted when aired in The United Nations on BBC. So, do not forget to watch this ethnic television series from March 28, 2020, on DD Bharti twice a day, one from 12 pm and another from 07 pm.