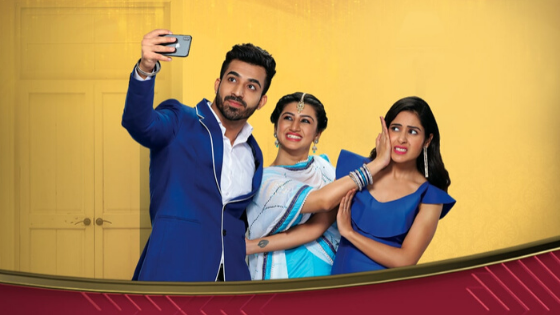 The serial Zee Punjabi Khasma Nu Khani is a new feather in the brand new channel Zee Punjabi. Just like Sa Re Ga Ma Pa and Hasdeyan De Ghar Vasde, it is also a family drama being aired on Zee Punjabi.

The channel has got hype on media just before its launch, which will thrust its popularity up to a new extent. The channel is full of upcoming entertaining shows in regional language that people will definitely love to watch.

In addition to this, the shows of Zee Punjabi will be seen on the Zee5 OTT platform, which is accessible throughout the day and in no need for an idiot box.

The story of Khasma Nu Khani revolves around the couple Desho and Armaan, where Armaan started taking this relationship for granted after the quick success he got in his carrier. He felt a soft corner for a younger girl named Simple, working in his ad agency. It is a story of how Desho manages to deal with this relationship outside marriage and give her efforts in order to prevent her marriage life from the influence of Simple.

The story is going to be entertaining, according to the newly launched promo of the serial. It is said that Khasma Nu Khani is a remake version of Zee Marathi Mazya Navrachi Bayko.

The most awaited serial of Punjabi Zee TV will start from 13 January 2020 on every Monday to Friday at 7:00 PM. the serial is having a very similar storyline with Zee Marathi Mazya Navrachi Bayko, which is full of drama and comedy.

As the Marathi version managed to top the TRP chart for long, there is no doubt in the success of Zee Punjabi Khasma Nu Khani. Now, we have to see how Punjabis welcome the brand new channels with a bunch of entertaining Showa and serials in a bouquet.