Home Television Who Will be Dance Plus Season 5 Winner? 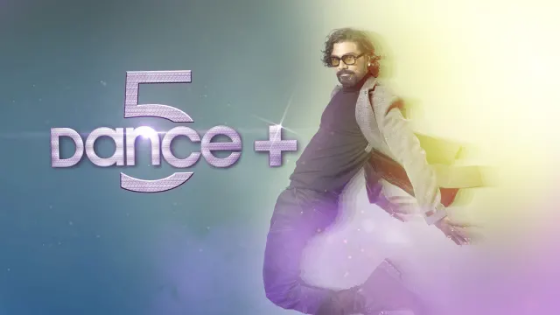 A Remo D’Souza show, Dance Plus is running in its season 5. The show is very near to its Grand Finale. The dance reality show airing on star plus is popular amongst the weekend TV show audience. It is one of the famous having talented captains and super judges. Dance plus season 5 winner will be announced in the near future.

We can see the famous Bollywood celebrities as a guest on the show every now and then. Captains of the show are Punit Pathak, Karishma Chavan, Suresh Mukund, and Dharmesh, who mentor the teams.

In the last episode, we have seen finalists for grand finale.one of them will be crowned as “Dance Plus Season 5 Winner ”. The finalized contestants from different teams are listed below:

The music effect and narration of the show is very heart touching. The audience can connect with the flow of Dance Plus Season 5. The first phase of finalists selection is over. We will see one of them as the Dance Plus Season 5 Winner in the next show.

Let us have a look at the previous winners of Dance Plus Seasons.

The very first season of dance plus was won by Vernon company or V company. The captain was Dharmesh. It is said that they have put a very strong foundation of this show by setting high standards in the field of Dance. They managed to win 25 lakhs of prize money with a Maruti Suzuki Swift as a gift.

The 14 years old Dance artist, Tanmay has won the title of the second season of Dance Plus. At this young age, his passion for dance is worth watching. He belongs to Jalgaon, Maharastra. He won 25 lakhs of Prize money.

Bir Radha Sherpa, an excellent dancer from an economically low background, won the title of the third season. He was from team Punit, and the prize money awarded to him was 25 lakhs with a car and an oppo phone. Prabhudeva was the grand finale guest in the third season.

The 19 years old, dance enthusiast, Chetan is an exceptional dancer. He has won the hearts of the audience and judges with his dancing style and matured presentation. The grand finale was full of high energy performances.  The tough competition was seen between the finalists in season 4 grand finale.

Dance Plus Season 5 Winner: to be announced

With the finalists of the upcoming grand finale of dance plus season 5, it is very difficult to choose one of them as the winner right now. All of them are performing with the best skills under their mentor’s guidance.

Winner, first runner up and second runner up will be announced at this space very soon. Stay tuned with us for future updates. Don’t forget to share this informative site with your friends and family.