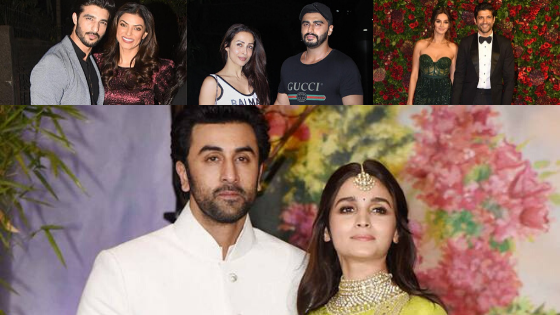 Bollywood couples marriage in 2020: Bollywood couple marriage is the hottest news ever. Fans are most curious about the wedding of their favorite superstars. In fact, in 2019 many Bollywood stars were supposed to tie a knot with their loved once, but due to some reasons, it was not possible for many of them. This year has raised the high hopes of fans and media for this marriage.

Let’s check out the probability of Bollywood couples marriage in 2020. We will start with the most awaited couple of 2020.

Ranbir is an open relationship with Alia since they have started shooting for “Brahmastra”. The couple having 10 years difference in age, is seen most comfortable to make it public by posting on Instagram. Whenever they are together, you can see a maturity on Alia’s face. She is sharpening her acting skills in a very beautiful way whether it is Raazi, Gully Boy or Kalank. Ranbir and Alia are one the top list of most awaited Bollywood couples marriage in 2020.

If we believe the rumors, the next would be married couple rank goes to Varun Dhavan and Natasha Dalal. The actor has confirmed his relationship with his childhood best buddy for long but his carrier does not allow him to get married soon. Varun has given back to back successful movies of his carrier last year. Though Varun and Natasha have not confirmed the news of their wedding till now. But they are highly considered in upcoming Bollywood couples marriage in 2020.

Sushmita Sen, ex miss world is known for her out of the box life decisions. She is successful in creating her fan following with majorly inactive status in Bollywood. After adopting two girl children, she is all set to marry a guy who is minimum 16 years younger than her. Staying in live-in with Rohman Shawl for a long time, both of them are ready to break the news of their marriage at any time. Sushmita and Rohman Shawl has confirmed their relationship on social media by posting pics their couple pics.

After the divorce from Arbaz Khan, Malaika Arora Khan is now Malaika Arora again. We know it is not something new, but her hook up with 14 years younger Arjun Kapoor is a twist in her story. Malaika Arora is popular for her bold image and well-maintained figure in Bollywood. At the same time, Arjun is trolled for his weight put on and childish acting often. The couple is not a perfect fit in the eyes of media and fans, but none of them is serious about it. They are planning to stamp this relation by marrying next year. We are damn sure you will witness the “Shaadi of Munni Again” in 2020. They are unfit still perfect contestants of Bollywood couples marriage in 2020. On the other side, Arbaz is also ready to marry his foreigner girlfriend in the near future.

Next Bollywood couples marriage in 2020 is Farhan and Shivani. After ending his long-time marriage Farhan was quick to hold the hand of Shibani Dandekar. The couple is enjoying each other’s company with so much fun. They are able to find a chance to spend time with each other. Both of them are open to sharing this relationship publicly. Fans are early waiting for this most beautiful couple marriage.

Let us know who else you are assuming to be added to the list of Bollywood couples marriage in 2020 in the comments below.