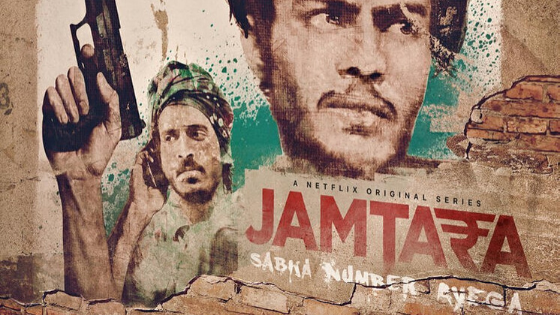 “Jamtara” – “Sabka Number Ayega“ is a web series based on the life of teenagers who are misled of the circumstances. It is a story of a few boys gang who uses illegal techniques to earn money from other people’s account.

This is a web series focusing on real-life events happened in 2018. Jamtara- a town of Jharkhand is a cybercrime hub since 2011. The story is moving around the life of least educated local guys who are well-trained to empty pockets of Indian citizens digitally.

Jamtara was noticed for cybercrime at the same time when the government applied demonetization and encouraged online transactions. At the same time, many gangs working in Jamtara were busy to collect the money of unaware civilians by fraud calls.

Jamtara is going to stream online from 10 January 2020 on Netflix. It is an unbelievable story of the underbelly of India. Jamtara is a story given micro significance to the events that happened under strict government policies.

Jamtara is a web series named to the town of Jharkhand where fraudsters belong. It is a small part of India which came into the limelight just after the fraud news became viral. The story revolves around the youngsters who used various techniques of money transfer from Indian’s accounts of various regions. They mimic the girl’s voices and use unique techniques every time to fulfill their evil desire of money fraud by asking ATM card numbers and pin.

It reveals the life of people in  India’s phishing capital Jamtara. The team dedicatedly working for illegal money transfer uses advanced techniques to accomplish the task without being noticed in the government’s eye. And the reality is the surrounding helps them without knowing much about what they are doing actually.

It is directed by Soumendra Padhi, who is interested to make aware the locals about phishing issues and let them know the ground reality. This story is based on the real incidents happened in Jamtara about ATM fraud. The main characters of Jamtara are played by Amit Sial, Dibyendu Bhattacharya, Aksha Pardasany, Sparsh Srivastava, Monika Panwar and Anshumaan Pushkar.

The recently launched trailer of Jamtara is successful in narrating the story of the small town of Jharkhand where the fraud game designed. The young boys with no technical knowledge have executed it very smartly that it was next to impossible. They used a perfectly innocent voice and ask for ATM number and PIN over a phone call and given their fake identity.

To the surprise of all, the local politician has backed up them and asked for his margin from whatever they earn. They don’t even have a slight idea of how does it affect the lives of innocent people out there.

When the so-called girlfriend of the game planner asks him that what he will do of this hell lot of money. He replies, “I want to become the richest person of Jamtara”. This shows the poor mentality of the person who leads the fraud operation with his cousin.

It is surely an eye-opener and hard to believe the story that Netflix is going to launch. Comment below with your opinions regarding Jamtara.