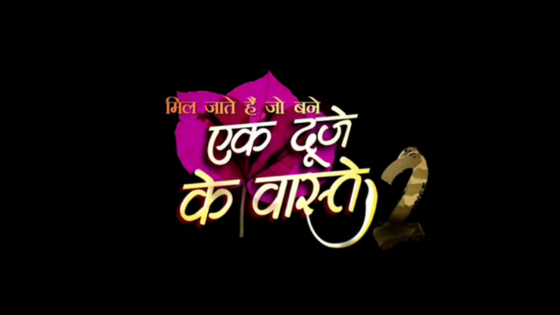 Sony Liv has one more romantic TV serial going to start in the new year’s first month. Ek Duje Ke Vaaste first season has got tremendous response from the viewers. It was launched in 2016. Ek Duje Ke Vaaste 2 has a change in the lead roles as well as the plot of the story.

Ek Duje Ke Vaaste 2 has the all-new casting team with fresh faces this time. Mohit Kumar is going to play the male lead role, and Kanika Kapoor is accompanying him with a female lead role. Jay Thakkar will be seen playing the role of Mohit Kumar’s brother. With this happening star cast of Ek Duje Ke Vaaste 2, we can expect a super-duper hit starting of a new year with Sony TV.

The second season of Ek Duje Ke Vaaste is going to be on air in January 2020. It is an exciting serial of Sony TV after the massive success of the first season.

Ek Duje Ke Vaaste 2  is picturized in Bhopal. The recently launched trailer of the serial is just a tip of the iceberg of the sizzling romantic saga.

It is said that  Ek Duje Ke Vaaste 2  is a story of a couple who faces many ups and downs in life just for the sake of togetherness. Each incident makes their will of supporting each other very firm and committed.

The promo shows a military background in which Shravan (Mohit Kumar) and Suman (Kanika Kapoor) meets which started as a teenager lust. The on-screen chemistry of both the characters is enough to draw our attention towards the serial.