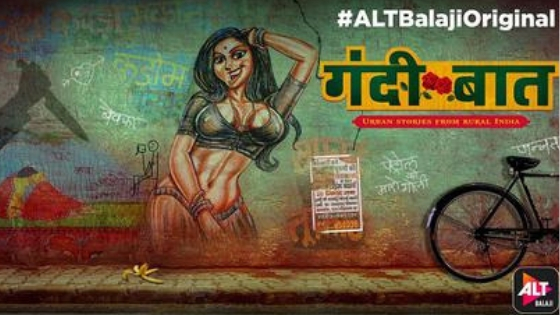 The story of this new episode will be based on a Truck Driver of Punjab named Kishen Singh Sandhu. In his early 30’s he married a girl and then he gets to know that it a doll with which he is married.  Along with the declaration of this special episode, the makers have also announced regarding the third season.

Actress Flora Saini has made this declaration regarding the Gandii Baat 3 on her Instagram account. While updating the details she captioned:

Woohooooo!! @altbalaji #GANDIIBAAT season3 coming up!! . Wishing my fav director @aprilsachin all the luck 🤗🤗🤗🤗🤗💎💎💎 this summer is gonna b HOTTER than you thought 💖 #Repost @aprilsachin • • • • • • BREAKING news to BREAK Monday Blues.. After the successful launch of Gandii Baat Season 1 & 2, we are ready to TAKE OFF for SEASON 3.. ACTORS inbox me your details & join this CRAZZZY Ride😎😎 #gandiibaat3 #webseries #altbalaji #altbalajioriginal

In her Instagram status, she also asked actors to send their details for being a part of this series.

Well, these are the details about Gandi Baat 3. So are you excited to watch this upcoming Web Series? What are your expectations regarding the same? Please share your views and comments with us. For more updates, keep visiting our web portal.