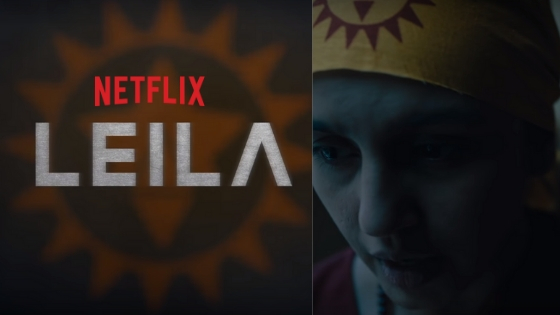 Netflix is coming with the dystopian drama to make the audience feel amused and entertained both at the same time. Deepa Mehta, Shanker Raman, and Pawan Kumar as Directors are coming with this movie that is based on Prayaag Akbar’s book. The title of the book and the name of this movie, both are the same. And the name is “Leila”. Check out the details about Leila Indian Web Series along with its Release Date, Cast, Trailer, Story.

The storyline of Leila Netflix Web Series is based on the life of a mother in search of her daughter Leila whom she lost one tragic summer. The role of Shalini is played by Huma. In this movie, viewers will experience how a mother deals with various hardships in the course of her search, in a story of longing, faith, and loss.

As per the details gathered by our team, the Leila Netflix Web Series will stream online globally on 14th June 2019 on Netflix.

Huma Qureshi to say about Leila

While talking about the Leila Indian Web Series, Huma said “Leila has been a fantastic Netflix project to work on. I’m thrilled to be essaying Shalini, whose unique mix of strength, grace, and optimism is what gets her through all kinds of obstacles. So it really has been an honor to portray a character that has not only pushed me as an artist but I believe will resonate with a lot of young women.”It is unlike anything I have done before and I can’t wait for Netflix to take this story to the world,”

Later on Deepa Mehta, Co-Director of Leila Web Series added “‘Leila’ is about awareness, about paying attention, about looking at the world around us and asking pertinent questions about our future. That’s what makes it so perfect on a platform like Netflix with its global reach and ability to address a range of audiences with relevant, resonant stories.”

Teaser of Leila Netflix Indian Web Series is already available online. And Huma has also posted it on her Instagram account. You can also check out the teaser here from the below section.

What if the near Future is your worst nightmare come true ? @NetflixIndia #Leila @IamDeepaMehta #netflix pic.twitter.com/rjY27bTtxi

In Pics: From Sonam Kapoor to Soha Ali Khan, these B-town beauties wore very expensive dresses at their wedding, knowing the price will blow...