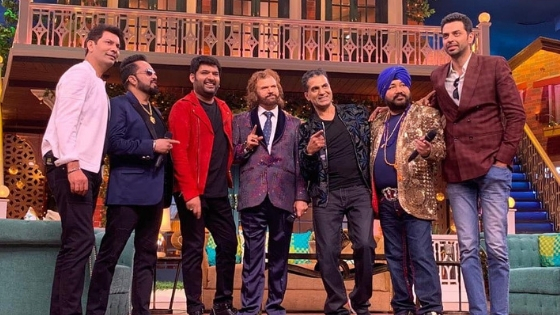 Kapil Sharma Sang a song for his wife

The latest episode of Kapil Sharma show was quite romantic as well as musical. Famous musicians Daler Mehndi, Mika Singh, Jasbir Jassi, and Hansraj Hans were the guest this week.  Along with that Kapil Sharma’s sweet wife, Ginni was also there on the sets.  Since it was Kapil Sharma’s show, hence it is obvious to have an entertaining end. Kapil Sharma entertained the audience with music and comedy and alongside the guests also sang some songs.  In between singer Hansraj Hans ask Kapil Sharma’s wife Ginni to join on stage. On his request, she obliged and joined them.

Mika Singh who was also one of the guests on the show has given a funny as well as a cute statement for the newly married couple Kapil Sharma and Ginni that no matter how awesome anyone from the singers sings in the room but Ginni will only hoot and cheer for her handsome husband. Well, we all have seen that Kapil and Ginni are enjoying their marital bliss so much. 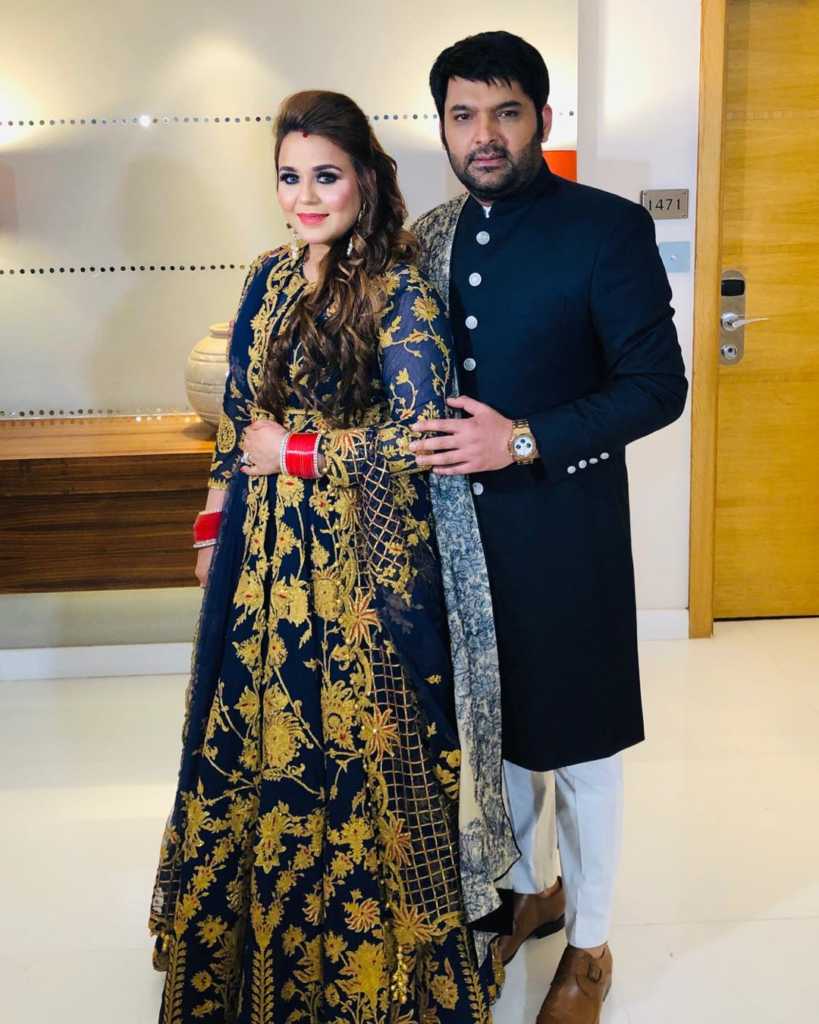 When Kapil was singing the song Oh Meri Hansini, he was asked to look at her wife. At that time Ginni was sitting in the audience. While singing Kapil was quite shy but still, he manages to sing the song for her. Not only Kapil was shy but also Ginni was blushing with love.  This couple tied a knot in December 2018 at a Punjabi wedding.

Since recently when the netizens demanded to sack Navjot Singh Sidhu at that time Kapil Sharma show seemed to be in trouble. This was happened because of Navjeet Navjot Singh Sidhu’s comment on the Pulwama terror attack. In order to handle the situation, the makers immediately asked Siddhu to step down and leave the show. Thereafter he was replaced by Archana Puran Singh.