Chetan Salunkhe is also famous with the name “Popping ka Badshah” his immense popping skills just won the hearts of judges as well as the audience. interesting fact about Chetan is that he gets the position in Top 4 at the last but still, he won the title with his hard work and passion for dancing. along with the Dance Plus Season 4, Golden Trophy Chetan also won 25 Lac as prize money. we team members of Digihunt Team congrats Chetan Salunkhe dance plus 4 winner, and team Punit Pathak the heartiest Congratulations.  so what are your views regarding the Dance Plus 4 winner Declaration? please let us know in below comment section. 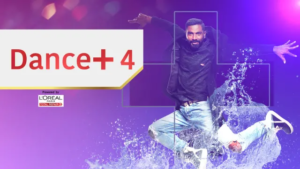 Watch Dance plus 4 Grand finale on Star plus & Hotstar on 2nd Feb 2019 at 8 pm. Special Guest Noora Fatehi is all set to get the stage on fire with a dance performance in the finale. Total Dhamaal Team Ajay Devgan, Anil Kapoor, Madhuri Dixit is Coming in Dance plus 4 Grand Finale for Upcoming Movie Promotion.

Remo D’souza is the super judge of Dance Plus 4 while the three captains – Dharmesh Yelande, Shakti Mohan and Punit Pathak are judges and mentors in the show. Dance Plus 4 is hosted by Raghav Juyal and Sugandha Mishra.

BIGG BOSS 14: RUBINA REFUSES TO ACCEPT NIKKI AS A ‘SENIOR’

Bigg Boss 14: Aly Goni gets angry and becomes uncontrollable for being in quarantine